Twenty Under Forty: A fixture on local boards, Jones is helping lead LaGrange into the future 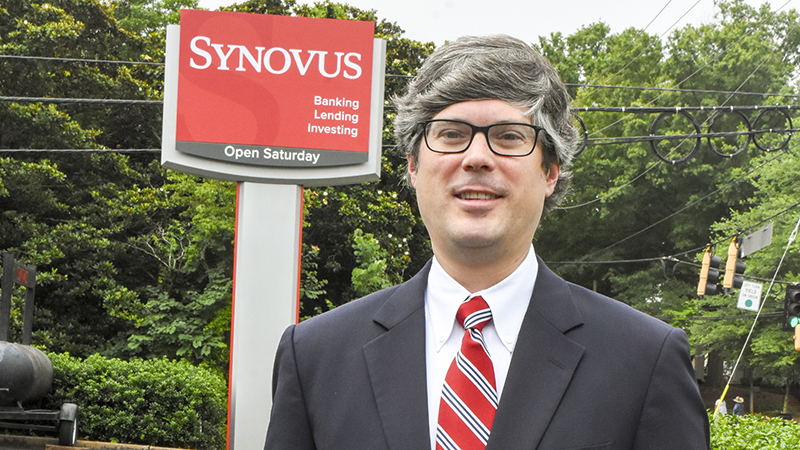 During work hours, Jake Jones can often be found in his office at Synovus Bank, pouring through financial data. Locating Jones outside the Synovus office can be a difficult task, however, as he stays incredibly busy via his involvement in a plethora of community organizations.

A 1998 graduate of LaGrange Academy and 2002 graduate of The University of Georgia, Jones, 38, currently resides as the Senior Vice President of Synovus Bank in LaGrange. A multi-talented businessman with a mind equally adept at remembering names as well as numbers, Jones could have chosen to begin his career in any number of metropolitan cities after graduation. However, the now-husband, father, deacon and civil servant chose to return to his hometown, which he said was always the plan.

“My thought was to come back after school, that was always the plan,” Jones said. “I made the choice to come back, and I don’t regret it at all. LaGrange and Troup County have given a lot to me. I wanted to do my part to give back to the area.”

In addition to his work with Synovus, Jones has made it a point to be involved in the community.

The list of committees, organizations, boards and councils he has served on and currently serves on is exhaustive, but worth acknowledging.

Currently, he serves on the LaGrange College Leadership Council, remains active in Rotary, the Heart of West Georgia, Inc. and the Troup County Historical Society, to name a few. He is also the donor representative for the scholarship committee that established the Gail & William Oliver Hunnicutt III Scholarship Fund, which is dedicated to providing funds to allow special needs students to attend The University of Georgia.

His level of involvement in the community stems from a belief that sweat equity in a community will lead to positive outcomes and can spur others to become involved as well.

“I’ve always been one that has felt the right thing to do is to get involved in the community and give back,” Jones said. “From the start, I made a commitment to do that. The more you put into a community, the more gratifying the returns are and the better life can become for the community as a whole.”

“We have to have an understanding that what we do today won’t necessarily have an impact on today, but will have a great impact on the future,” Jones said. “I think the more we contribute philanthropically, the more we plan economically, the better our future will be.”