Twenty Under Forty: Beirne will soon leave Point, but he leaves it in a better place 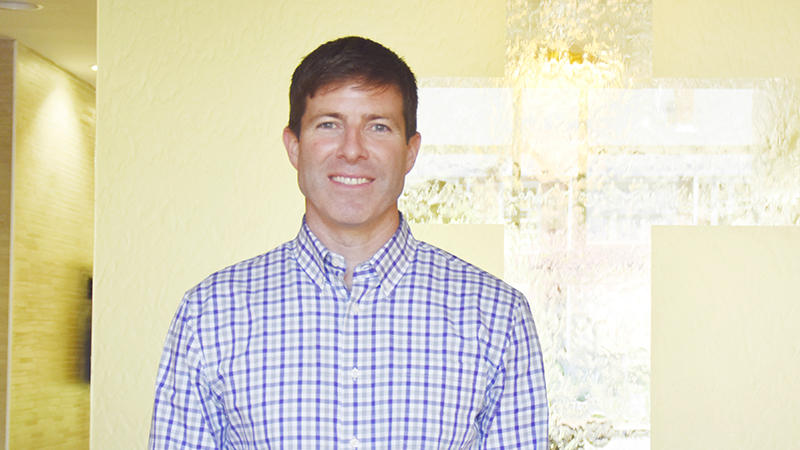 Chris Beirne is an easy conversation. The bright-eyed, quick-smiling Point University Director of Public Relations has a knack for making strangers feel comfortable quickly, which serves him well.

“It was life-saving,” Beirne said of the decision. “We would not be in existence if we had not made the move to come here.”

Point University made the decision to transition from East Point, an Atlanta suburb to allow for the growth potential that the university’s leadership saw as vital to the sustained existence and success of the school.

Beirne’s first opportunity with Point was in student life, which lead to an opportunity in the advancement office. For the time being and for the very near future, he works in community and alumni relations, serving as the director of public relations.

The Stone Mountain native and Georgia Tech grad was introduced to the Point University through current president Dean Collins, who was a mentor of Beirne’s while he was an undergrad.

After graduation, Beirne lived for eight years in Salamanca, Spain, working with a campus ministry organization. He is fluent in Spanish and has cheered fervently for La Roja during the 2018 World Cup.

“I’m just as much from there as I am from here,” Beirne said of the influence those eight years had on his life.

When Beirne was certain he was returning to America following his time in Spain, he reached out to Collins for prayer and advice. An opportunity with the college quickly developed.

Through six years, he has served the college in multiple roles and has woven himself into the fabric of West Point and the Greater Valley Area.

However, Beirne will not be in West Point or Troup County for much longer, as he has accepted a director position with the nonprofit college ministry organization Bread Coffeehouse, and will be moving into a director role with that organization in the fall. He will leave behind a growing and engaged community that has a bright future.

“Our online presence is growing quickly,” Beirne said of the college. “We’re expanding extremely rapidly in that space. As that growth happens, we’ll be able to sustain more traditional students. Those programs are mutually beneficial. Those stories are still growing and will continue.”

While he is soon moving on to tackle new opportunities, Beirne will remember fondly the opportunities and positive elements of life in Troup County and West Point.

“It is wonderful to know who your neighbors are,” Beirne said. “The community has embraced this place and has been wonderful to interact with.”