Twenty Under Forty: Brown gives back in numerous ways to the place he now calls home 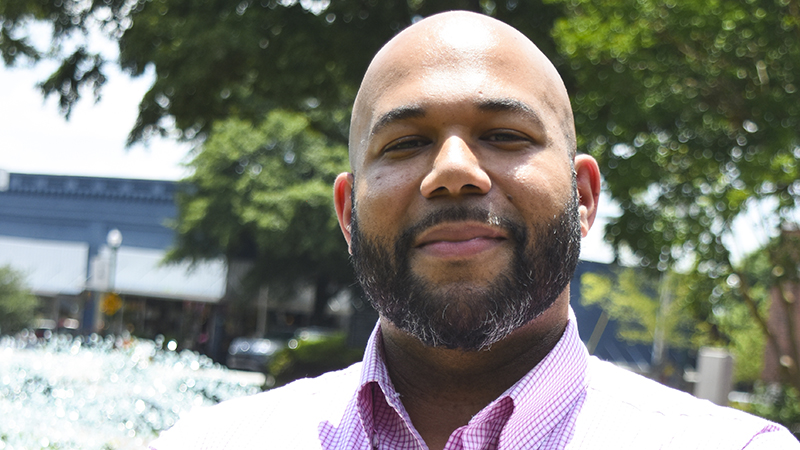 Curtis Brown Jr. knows his way around a big city.

Now, coming up on his 40th birthday in October, there’s nowhere else he’d rather be than LaGrange.

“This is the place you dream about raising a family,” Brown said.

They moved to LaGrange in 2014, after Shaundre had a job offer she couldn’t refuse to work with West Georgia Health.

For Brown, it was a chance to get closer to Atlanta, which is where he attended Morehouse College. He then moved back home to New Jersey, where he took a job on Wall Street. After a stop in Houston, he moved to Tempe, Arizona and attended Arizona State University. At ASU, he earned his Master’s of Business Administration.

He took a job with Sprint, which took him to Kansas City, where he met Shaundre.

“I was probably shoveling snow in Kansas City one day and was mad and bitter,” Brown jokes while thinking back. “My wife is from Montgomery, and we wanted to move to the Southeast. The Southeast was on our radar screen, and I was interested in getting back to Atlanta.”

The move has more than worked out. Brown started a business development and visual marketing company called Build the Crowd, where he essentially acts as a marketing consultant to help businesses in the digital realm.

He’s also started a nonprofit called Institute for Civic Entrepreneurship, which challenges the community to solve problems with the mindset of an entrepreneur.

Brown serves on the Industrial Development Authority Board, Troup County Center for Strategic Planning Board, the Three Rivers Regional Planning Board, led the SPLOST campaign along with Dale Jackson and serves as the public relations contact for the Troup County Racial Trustbuilding Initiative.

He’s on the United Way of West Georgia board and is a member of the Rotary Club.

Hobbies include reading and tinkering around with electronics and gadgets. He’s also a big Arizona State football fan. He’s an even bigger fan of LaGrange.

“Of all the places I’ve lived, this is the easiest community to get involved in,”Brown said. “We have the right leadership at all levels. We have the right direction and the right people in all capacities. We are moving toward making Troup County, LaGrange, West Point and Hogansville one of the best places to live. We could live anywhere in the world, but we’re here. The fact that leadership is invested in doing the right thing, makes me want to roll up my sleeves and help out where I can too.”