Twenty Under Forty: Jackson has been a part of his family company since childhood 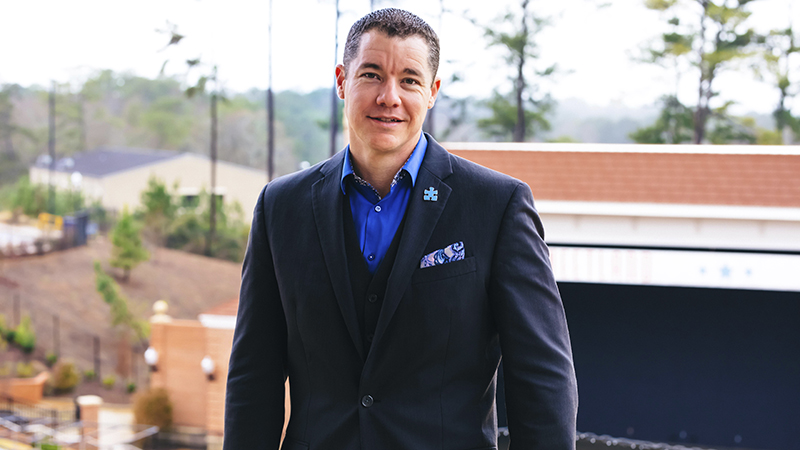 Dale Jackson, 38, has been working with Jackson Heating and Air since he was a young child. He can remember working with his grandfather in the company’s junkyard, tearing down old air conditioners and recycling the metal, copper and brass.

Jackson and his cousin, Ben Jackson, have slowly acquired all the shares for the business from Dale’s father, Ted Jackson and uncle, Glen.

In June, they acquired the final of those shares and are now 50-50 owners of what’s now known as Jackson Services. The company officially changed its name in January 2018 and added plumbing and other services, expanding upon its already solid foundation.

“There’s absolutely not a better job out there than the one I have,” Jackson said.

Jackson Services is one of the most visible companies in LaGrange. Part of that is the large blue and orange logo that can be seen on the company’s vans throughout town.

“That is not a Tide Pod,” Jackson has joked numerous times since unveiling the new logo.

But it’s not only the logo and the fact that Jackson Services has a large company base and offices in both LaGrange and Auburn, Alabama. The company’s tents, which are seen at events throughout LaGrange, also play a role in that visibility, but their overall mission is much larger — helping to spread awareness of autism.

Dale Jackson and his wife Sarah have three children — Camille, 13; Colin, 10; and Gavin, 4. Colin suffers from an extreme case of autism, which often makes it challenging for the Jacksons to take him to public events.

The tents are air conditioned and allow anyone to cool down, while also giving parents a private place to take children. They changed things for the Jacksons and now Dale hopes they’ve made life easier for other families too.

“True autism awareness is what I’m passionate about because the perception of society as a whole — and it’s nobody’s fault — when they think of autism they want to ask me what area my son is a genius in,” Jackson said.

“Most parents in my position are very quiet and very private because it’s a very difficult life, so you can’t blame society for not understanding our struggle. No one ever tells them the true horrors of raising a severely autistic child with the violent temper tantrums, the meltdowns by the child.”

Jackson has worked with the state legislature to legalize medical marijuana to help people suffering from autism, becoming one of the faces of the movement as he shares Colin’s story.

“I felt more of a responsibility on me because I knew half the legislature,” Jackson said. “Where for these other families, it was very easy for them to go talk to their one statehouse member or their one state senator, but I knew nearly all of them, so I felt like if I have the privilege and honor of knowing these people that it’s my responsibility to help out.”