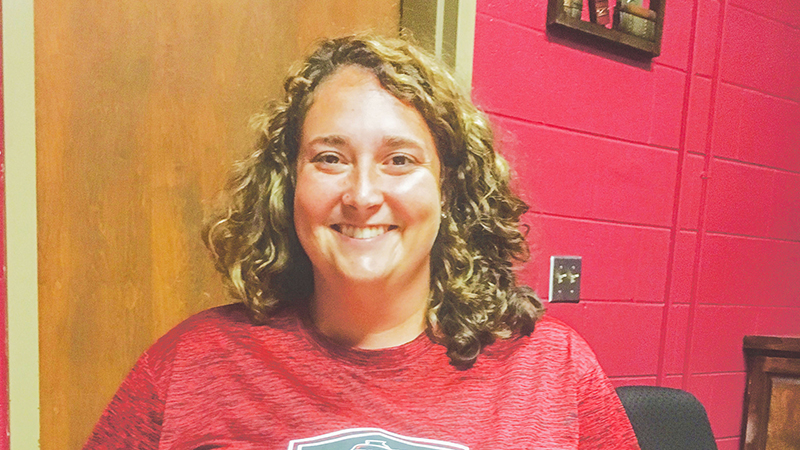 She figured it would be a temporary stop.

Nearly a decade ago, Kayla Yeargin was a newly minted graduate of LaGrange College, and she was weighing her options when an opportunity arose to be a teacher at a local school. Yeargin knew what her immediate future held.

She was going to pursue an advanced degree while working as a student coach for Jennifer Claybrook, the head softball coach at LaGrange College.

“I was going to stick around (Troup County) for a year after school and get my master’s and help (Claybrook) coach,” Yeargin said. “And my plan was to go, and not even be in education.”

That plan changed when an offer came to become a high-school teacher.

“Troup High School called and said we have a math position, and I said I don’t really want to be a teacher, but I thought I’ll give it a go,” Yeargin said. “I’ll try it out.”

Yeargin began teaching and coaching at Troup, and she realized that’s what she wanted to do with her life.

Now, nearly a decade later, Yeargin is still at Troup, and she has served as a coach in softball and golf.

Yeargin has found success as a coach and as a teacher.

Earlier this year, Yeargin was selected as Troup County’s 2017-2018 teacher of the year. Yeargin was one of 25 teachers in the county nominated for the award, and the winner was announced during a banquet in March.

“Eight years later, here I am,” said Yeargin, who has taken over as the head softball coach after Mason Brackett stepped down. “I don’t want to do anything else. I’m able to impact lives. And to be able to coach two sports I love is always a bonus. I’m living my passion.”

Yeargin went to high school at Oglethorpe County near Athens, and she excelled in softball, golf and basketball.

Yeargin went on to play softball at LaGrange College, and she enjoyed tremendous team and individual success.

Yeargin was a four-year starter, and she played on teams that won three consecutive conference championships and played in the NCAA tournament three straight years.

While Yeargin may not have known coaching was in her future while she was at LaGrange College, she watched and learned while she was a player, and she models a lot of what she does now after Claybrook.

“She has high expectations, but she was also able to show us a lot of love,” Yeargin said. “She’s kind of my role model. I’ve tried to emulate her.”

Yeargin added that “to be fired up, that’s how I am in all aspects of my life. And I think a lot of that I did get from her.” Yeargin is looking forward to leading the softball program this fall, and she has high expectations.

Twenty Under Forty: Beirne will soon leave Point, but…