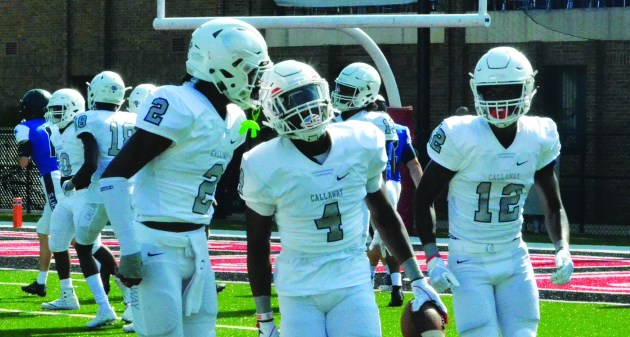 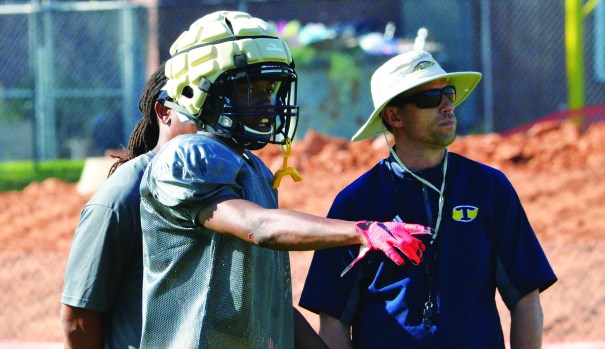 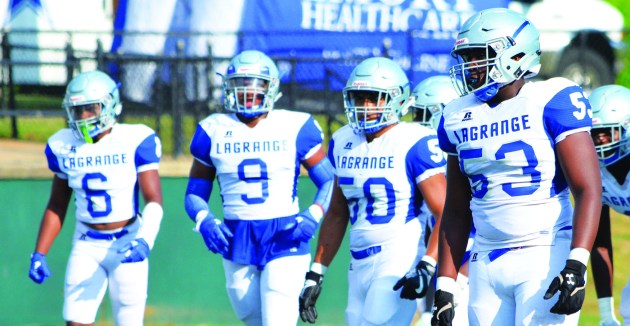 Each summer, the Georgia High School Association sets aside seven days for the so-called “dead week”, where sports teams are prohibited from holding any official team activities.

This year’s dead week, which as always came during the week of July 4th, is over, and teams will be able to resume their summer schedules today.

For the Callaway, LaGrange and Troup football teams, it was a well-timed break since the players from those schools had a busy June with workouts, position camps, seven-on-seven competitions, and 11-on-11 full-contact camps.

Today, the Cavaliers, Grangers and Tigers will return towork as the countdown to a new season grows shorter.

The first preseason game, in fact, is less than a month away, and the regular season begins on Aug. 17.

The summer schedule will continue for a little more than two weeks, and official GHSA preseason practice begins on July 25.

After a week of conditioning, teams can begin holding full-contact practices with pads on Aug. 1.

A little more than a week after that on Aug. 9, the local teams will be on the field for preseason games, with LaGrange hosting Kendrick, Callaway visiting Starr’s Mill, and Troup traveling to Columbus to play Northside.

Callaway and Troup will kick things off a week later on Aug. 24.

Callaway hosts Opelika in an intra-state showdown, and Troup will be on the road for a showdown against Ridgeland.

For the next two weeks, the local teams will maintain the same summer schedules they had in June.

At Troup, that means workouts for five days a week at the school.

“They come in from 8 to 11:30,” Troup head coach Tanner Glisson said. “We feed them breakfast and lunch. We lift weights, and there’s a little bit of on-the-field time and film time. It just depends on what we need.”

Troup is preparing for its fourth season with Glisson at the helm, and the program is riding high.

Glisson’s first year was a struggle, with Troup going 1-9, and it got a victory in its season finale to avoid going winless.

Troup had one of the state’s best turnarounds in 2016 when it went 8-3 and finished second in Region 5-AAAA to eventual state-champion Cartersville.

Last year, Troup went 9-3, and it beat Heritage in the first round of the state playoffs before losing a close one to St. Pius X in the second round.

Most of the players who contributed to last year’s success have returned, although Troup does have to replace all-state quarterback Montez Crowe, who had a remarkable season.

Kobe Hudson, who has had two phenomenal seasons as a wide receiver, could be poised to step in at quarterback this year.

It also helps that Glisson has had mostly the same group of coaches since he arrived at Troup.

“These guys have been around the block now for a while,” Glisson said. “So we make it real easy to get things installed. I’m real blessed to have this group of guys.”

At Callaway, Pete Wiggins is back for his 14th season as the head coach, and it was more of the same last year.

Callaway’s summer schedule has remained basically the same over the years.

There are workouts at the school five days a week, as well as a spattering of seven-on-seven competitions mixed in.

Next week, Callaway will participate in a pair of padded camps, including one that it will host.

Wiggins has been pleased with the participation in the workouts at the school.

The Cavaliers were hit hard by graduation, with 15 of the 17 seniors from the 2017 team having signed a letter of intent to play college football.

If the performance in the spring game against Montgomery-Catholic was an indication, though, Callaway could be poised to put together another big season.

With Cartavious “Tank” Bigsby getting things started with a 77-yard touchdown run, Callaway rolled to a 33-0 victory.

After two weeks off, Callaway jumped into its summer schedule, and it was a busy month leading up to the dead week.

“We feel like the weight room, and the camps, they’re a big part of the success we’ve had,” Wiggins said. “The kids work hard. They come every day. They work hard, and they push one another.”

LaGrange is making its way through the summer with a new head coach leading the way.

Chuck Gibbs was hired earlier this year to take over for Dialleo Burks, who had been LaGrange’s head coach for the past four seasons.

LaGrange’s players have been getting together at the school for four days a week during the summer, and there have also been a handful of camps and seven-on-seven and 11-on-11 competitions.

“We’re getting better, and that’s the most exciting thing,” Gibbs said. “It’s really exciting to see some of these seniors start to demonstrate some leadership.”

Coming off a winless season, LaGrange did some encouraging things during its spring game against Manchester.

After a break, the summer program started in early June, and Gibbs recently said he’s seen plenty of progress.

“We’re optimistic about how far we’ve come,” Gibbs said. “But we still know we’ve got a huge mountain to climb.”

On the private-school level, Lafayette Christian School and Unity Prep Academy are also getting ready for a new season.

Lafayette Christian’s program is making a major transition this season.

After playing eight-man football in previous years, Lafayette Christian is making the move to the 11-man football this season in the Georgia Independent Christian Athletic Association.

Unity Prep Academy will be making its debut this fall, and it will also play 11-man football in the GICAA.