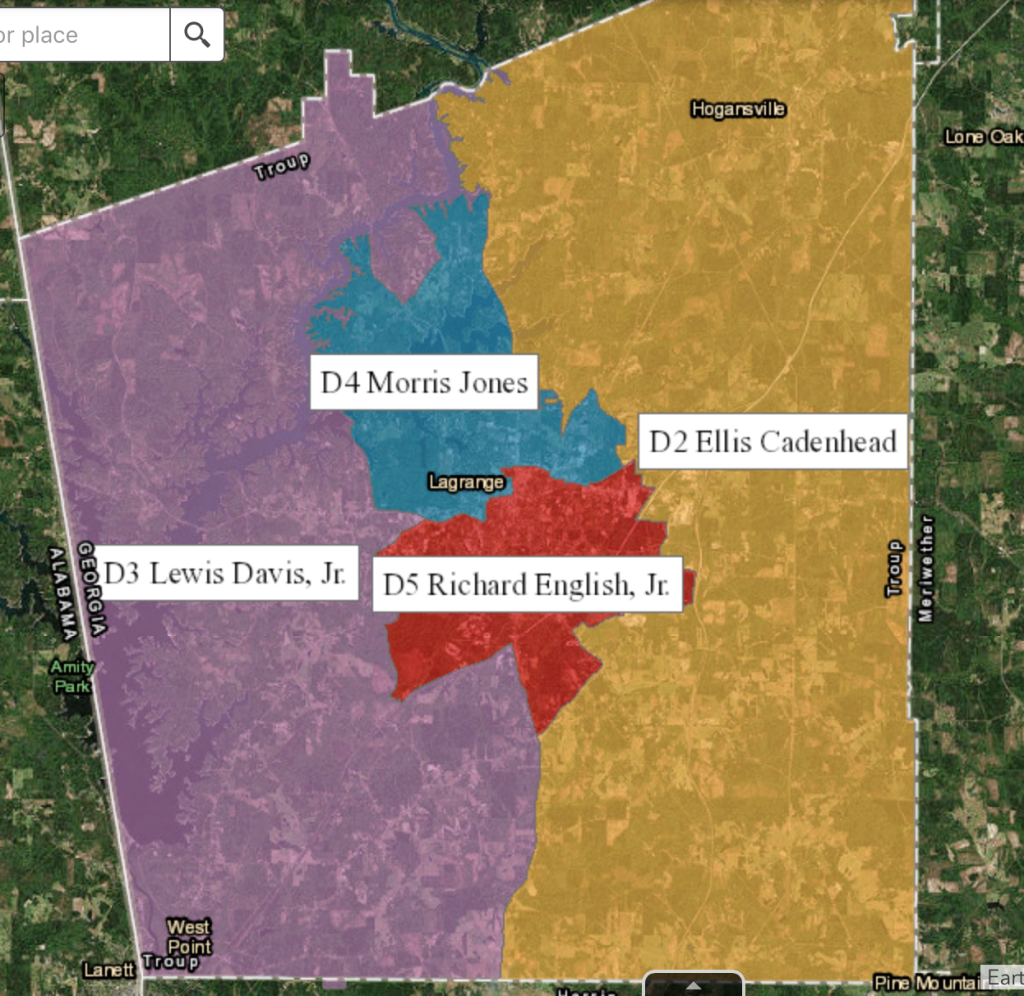 Ward and Darden complained about meeting times, alleged a lack of racial diversity in county departments and questioned whether current district lines were fair. Ward and Darden spoke on similar topics at West Point and Hogansville council meetings in recent months.

“It is one thing to not schedule a meeting that is accessible, and if I don’t come to it, shame on me. If you make it available for me, and I don’t come then the burden is on me, but when you create a time that is not accessible, shame on all of you,” Ward said.

Commissioner Richard English said that at one point the county did have meetings in the evenings and mornings, but the morning meetings typically had much higher attendance.

“I am a working person, so I do feel that pain sometimes about having to rearrange my schedule to come to meetings,” Commission Chairman Patrick Crews said. “… In my almost four years now, I’ve only had one other person make a comment about our meeting time. It has not been expressed to me, the commission chair, that it has ever been an issue for the citizens.”

Crews said after the meeting that the possibility of broadcasting the meetings on social media has been discussed, but no plan is in place to do so yet.  The issue of racial diversity in county departments was also discussed.

English recalled how the board of commissioners dealt with the issue of racial diversity in 1978, when he was first elected to office. English said at that time, there was only one African American employee working for the county.

“[African Americans] were one-third of the county, and we did affirmative action,” English said. “If there were three folks working, one must be black. If there are five, two must be black. We did that, and we got sued. … We went to court, and we won the lawsuit.”

According to English, the practice faded away in time.

Finally, Ward alleged that the current districts do not fairly represent the people of Troup County.

“It is unacceptable that when decisions are made that there is no one at the table from West Point or Hogansville,” Ward said. “… The way those district lines are drawn that access does not exist.”

Several commissioners stated both during and following the meeting that they felt regardless of district, it was their duty to serve the entire county.

“I don’t live in West Point, but I don’t think you can say that I don’t care about West Point,” said Commissioner Lewis Davis, who is over district three which includes West Point. “I consistently talk to the city council and the people of West Point. I try to be accessible to everybody. I don’t want anybody to come away from here thinking that we don’t care about our citizens. We care greatly. The color of your skin does not matter to me. I want to help everybody.”