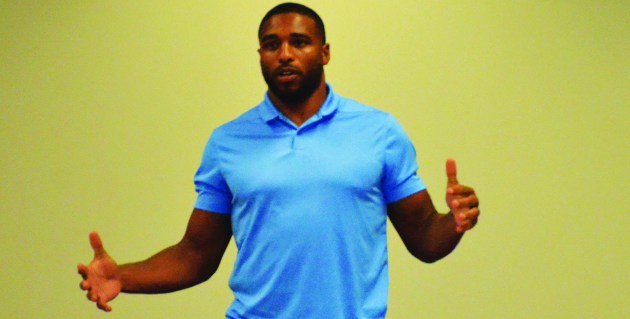 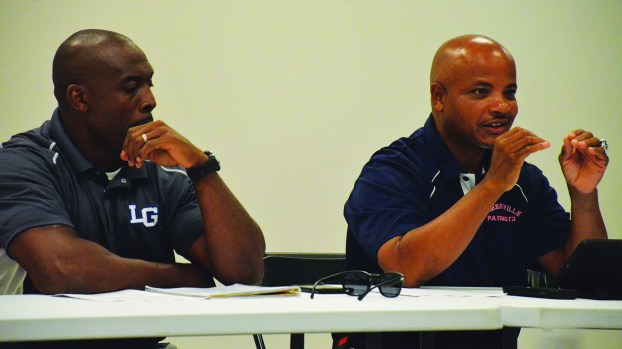 Football means so much to Wesley Woodyard.

Woodyard appreciates that the sport has given him an avenue to make a living, but he also believes football has taught him life skills that have helped him achieve success on the field and off.

It’s with that in mind that Woodyard, a LaGrange High graduate who has been in the NFL for more than a decade, decided to help bring a new flag football league to his hometown.

The league, a partnership between Woodyard’s 16Ways Foundation and the Troup County Parks and Recreation Commission, will begin on July 31 and will go through Aug. 18 when the championship games will be played.

Each team will play six games, and they’ll be played at the George F. Harris Baseball Complex.

There will be one division for boys and girls ages six to eight, and another division will be for players from the ages of nine to 12.

It’ll be a character-based league, and that’s reflected in the team names.

There won’t be any Cowboys, or Falcons, or Eagles, rather the teams will be called Leadership, Discipline, Polite, Courage, and Respect.

Earlier this week, a league introductory meeting was held at the Mike Daniel Recreation Center.

Woodyard and a handful of other men shared their thoughts on football, and provided some advice they felt would be helpful to the coaches who’ll be leading the teams onto the field.

“I love the game of football,” Woodyard said. “I love this platform where I get the chance to come back and work with kids. I’m excited about it.”

Before Woodyard was a star at LaGrange High where he led the team to a state championship in 2003, he learned the sport playing recreation football.

“We all came through this system,” Woodyard said. “I’ll be 32 next month. This is almost 30 years down the line, and I’m getting a chance to come back and implement something, and help be a positive change.”

Woodyard has been playing professional football since 2008, and he said some of the best coaching he received was before he transitioned to the professional game.

“There’s way better coaches in high school, and college, and rec league, because they care more,” Woodyard said. “When you get that one coach that really cares, you’ll do whatever you coach tells you to do. When you’re a great coach, that’s what the kids will do.”

Woodyard also emphasized the importance of getting the individual players to realize that if they achieve their goals, it will help the team succeed.

“I take it back to my college days,” said Woodyard, a four-year starter at Kentucky. “I had my coach come in his office and write down on a card my goals, and my team goals. On my card, I wanted to get over 100 tackles, make all-academic SEC, make all-SEC, be a national champion, win the SEC. He said in order for our team to be great, he told me you have to be at your best. I need you to reach your goals, and understand that by reaching your goals it’ll help the team.”

With Woodyard at the meeting was his brother, Jazmon Griggs, and he predicted a bright future for the league.

“I feel honored to be a part of something great,” Griggs said. “If you look around the room now, this is the smallest it’ll ever be. I think it’ll outgrow anything we ever dreamed it’ll be. I take my hats off to everybody’s that’s a part of this.”

Derrick Kelley, who co-founded the 16Ways Foundation with Woodyard, was also at the meeting, and he’s been working closely with Darryl Holsey of the recreation commission to get the league up and running.

“He and I have been working on this since August of last year,” Kelley said. “We want to make it for them, but also instill discipline. That’s what we’re looking for.”

Kelley added that “I’m excited for the coaches, because you already have experience being around kids.”

Each of them took a few minutes to speak to the assembled youth coaches.

Napier offered his appreciation for the men who will be giving a lot of their time.

“I can’t tell you how much this community needs men like you to be an example to these kids, and I know that’s why you’re doing it,” Napier said. “That’s something you can give is your time. You don’t have to have all the money in the world, but you can spend time with these kids, teaching these kids about character, education, and the things that this foundation is all about.”

Napier, who is heading into his 14th season as Callaway’s offensive coordinator, said “football is a sport that’s all about sacrifice.”

Napier referenced Woodyard when he talked about how a player should carry himself on the football field.

“Right now, you turn on social media, it’s all about breaking ankles and running somebody over, and standing over them,” Napier said. “Really, the people that are successful, you don’t see them do that. You don’t see Wesley Woodyard dance over somebody after he makes a sack on a quarterback. He’s going to celebrate with his teammates.”

Kelby Holt, who became Troup’s offensive coordinator in 2015 when Tanner Glisson was named head coach, addressed the importance of getting all of the players to paddle in the same direction.

“That is your job to get them to buy into the process,” Holt said. “You hear everybody talk about the process, well what is the process? You hear it all the time from Nick Saban, Dabo Swinney and all those coaches. Well, it’s the culture you’re building, and it’s the character you’re displaying to those kids, and teaching them how to sacrifice, and teaching them what humble is. It’s basically what you’re doing every day.”

At Troup, Holt said the goal is to have the players “know the expectations every day, from what we’re supposed to be wearing, to how we get water, to how we break it down, just little-bitty things. It’s ultimately the process, getting them to learn how to do things the right way. That’s what it’s all about. The belief system you instill in them is ultimately what’s going to shine when adversity hits.”

Burks, who was LaGrange’s head coach for four years before stepping down following the 2017 season, stressed the importance of being a positive role model for the players.

“Your character off the field as a coach, what are you displaying,” Burks said. “Kids look at everything. Everything. You’re influencing lives.”

Vex Farley, who has been Greenville’s head coach since 2013, offered his appreciation for the valuable work done by youth coaches.

“I can still remember the plays that my rec coaches taught me,” said Farley, who grew up playing recreation football in Manchester. “I learned everything from my rec coaches.”

Farley said he has carried the lessons learned at the recreation level throughout his life.

Marcus Blandingburg, who starred at LaGrange High and played at Jacksonville State before going into coaching, added that “some of the most memorable lessons I had were from rec coaches.”

Blandingburg looked at the gathered coaches and expressed his appreciation for them.

“All the coaches in here, I respect you,” he said. “I respect you for volunteering time.”

Also addressing the gathered coaches was Greg Hall, the center manager of the recreation commission and a long-time coach and referee.

OF NOTE: For more on the league, go to trouprec.org. And for more on Wesley Woodyard’s 16Ways Foundation, go to 16ways.org