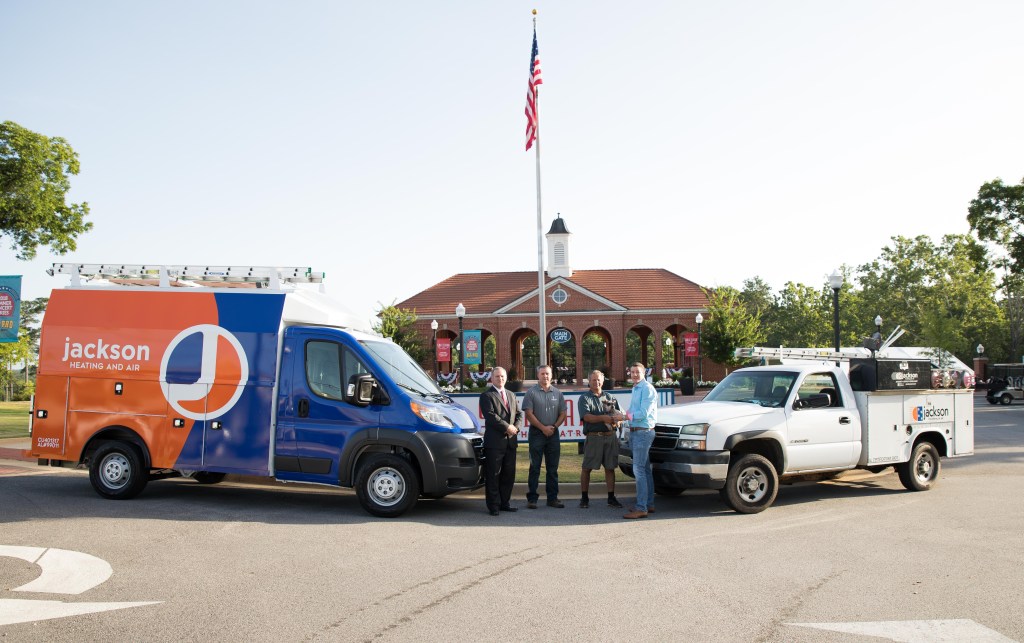 Jackson Services donated a truck to Sweetland Amphitheatre for use by the facilities manager. (Contributed)

Paul Cheplick, facility manager at Sweetland Amphitheater, has invested much of his time into maintaining the beauty of the “South’s Sweetest Stage.”

That has meant using his personal truck and trailer to perform the necessary jobs around the facility. The discovery of Paul’s use of personal equipment for work was brought to light at the 2018 Summer Concert Series reveal party.

Speer Burdette, president and general manager of the Callaway Foundation was the first to learn of Paul’s arrangements, and he informed Bill Hunnicutt, executive director of the Downtown LaGrange Development Authority. The two knew that other plans needed to be made as quickly as possible to ensure that Paul was fairly compensated for his work.

Jackson Services was presented with the opportunity to meet this need and provide Paul with one of their extra vehicles, according to a press release from Jackson Services.

Moments prior to learning about Paul’s situation, Dale Jackson, co-owner of Jackson Services, was speaking with Hunnicutt about the growth of the company. Due to their expansion and adoption of a new name and logo, Jackson Services has invested in a new fleet of vehicles for their team. Coincidentally, they had an older vehicle to spare, and Paul needed a separate vehicle for work. Dale and Ben Jackson said they were more than willing to supply Paul with one of their Jackson Heating and Air work trucks, including tool bins and a lift gate.