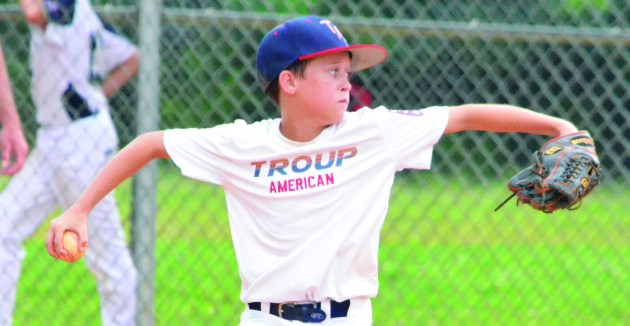 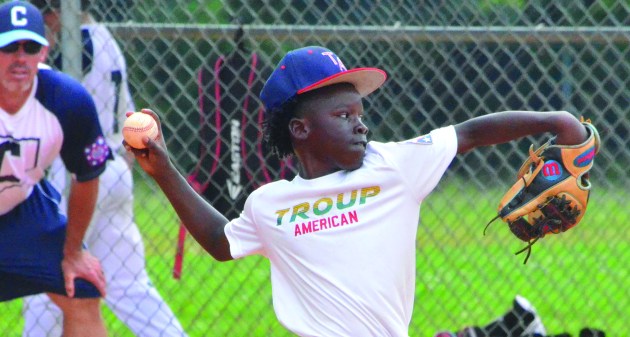 MANCHESTER – They’ve taken another step toward a state championship.

After winning the district title in Thomaston, the Troup American 9-10-year-old all-stars enjoyed a dominant performance during the pool-play portion of the state tournament over the weekend in Manchester.

Troup American won one game on Friday, and two more on Saturday to win its four-team pool and advance to the state semifinals.

Troup American and the three other remaining teams will be back in Manchester for the double-elimination portion of the state tournament on Friday.

The state champion will advance to the Dixie Youth Baseball World Series.

Troup American opened the state tournament with a 10-0 win over Baldwin County, with Jeremiah Staples and Slade Hunt combining for a no-hitter.

Troup American kept it going with a 17-1 win over Irwin County on Saturday morning, and later in the day it beat Columbia County 8-3.

Troup American began the summer all-star season hopeful of winning a state title, and that goal is alive and well.

In the district and state tournaments combined, Troup American is 8-1, and it has won seven consecutive games since losing to Troup National.

“Our goal is still in front of us,” Troup American head coach Charles Mosley said. “We still have a shot at it.”

Troup American overwhelmed Irwin County in Saturday’s first game that was shortened to four innings because of the run rule.

Jake Perry was Troup’s starting pitcher, and he threw the first three innings before Demetrius Hardnett worked the fourth and final inning.

At the plate, Troup scored three runs in each of the first two innings before exploding for eight runs in the third inning.

Troup capped the scoring with three runs in the fourth inning.

Shai McCarroll had a big day with four hits, and Jeremiah Staples, Jeremiah Dunn, Parker Townsend and Edward Facille each had two hits.

Demetrius Hardnett had a double, Wesley Williams had a base hit and a walk, Chase Mosley was on base twice with two runs scored, and Slade Hunt scored a run.

In Saturday’s second game, Columbia County hung tough, but it was Troup American walking away with an 8-3 victory to go 3-0 in pool play.

Chase Mosley started and did a terrific job and pitched into the fourth inning, and Slade Hunt threw the final three innings.

Troup American started quickly with four runs in the first inning, and it added three more runs in the third inning before scoring a single run in the fourth.

Demetrius Hardnett followed with an RBI double, and Jake Perry had an RBI single to cap the scoring.

In the third inning, Wesley Williams had an RBI single, and two more runs scored on Jeremiah Dunn’s base hit.

Shai McCarroll added an RBI single in the fourth inning.

While the offense was on target throughout the weekend, Troup’s defense was exceptional as well.