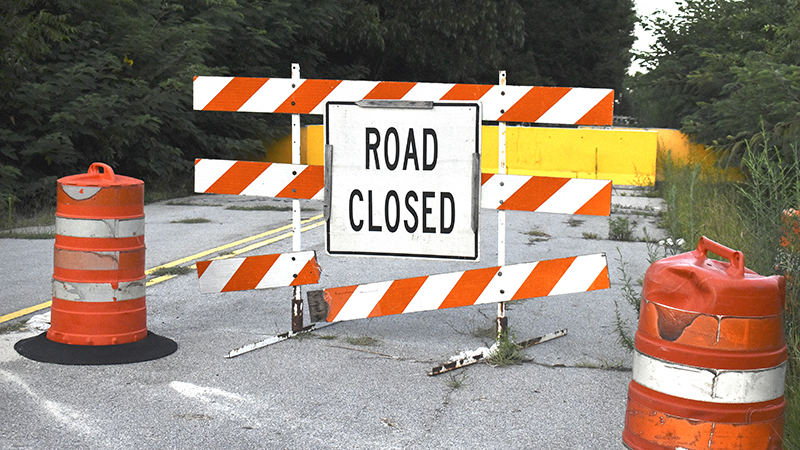 Construction signs remind drivers that the Greenville Street Bridge is closed, but it’s may reopen by the end of 2019. --Gabrielle Jansen

The Greenville Street Bridge in LaGrange will be replaced, thanks to an $8.9 million construction contract awarded Friday by the Georgia Department of Transportation.

The bridge deteriorated over time and was officially closed in February 2016. It has sat unrepaired since, forcing traffic detours.

According to a GDOT press release, the contractor for the project is C.W. Matthews Contracting Company.

“I am very pleased that the DOT has awarded the contract for the bridge replacement,” said LaGrange Mayor Jim Thornton. “It’s an expensive project that will take time to complete, but now the work can begin. As LaGrange grows, we need all of our roads and bridges open for traffic flow, and this bridge replacement is an integral part of our transportation network.”

The 81-year-old Greenville Street Bridge goes over CSX Railroad and has been a common topic at LaGrange City Council and at Troup County Commission meetings.

Since the bridge is controlled by GDOT, the city had little control over the timeline for the bridge replacement.

Thornton said that once the bridge is constructed, the city of LaGrange will be responsible for the maintenance and upkeep of the bridge.

The $8.9 million project in LaGrange was the largest of the $42.4 million in contracts announced Friday afternoon. GDOT announced a total of 27 projects Friday. The GDOT announcement also included 41 miles of pavement marking upgrades on Interstate I-185 and State Route 411 in Muscogee, Harris and Troup counties.