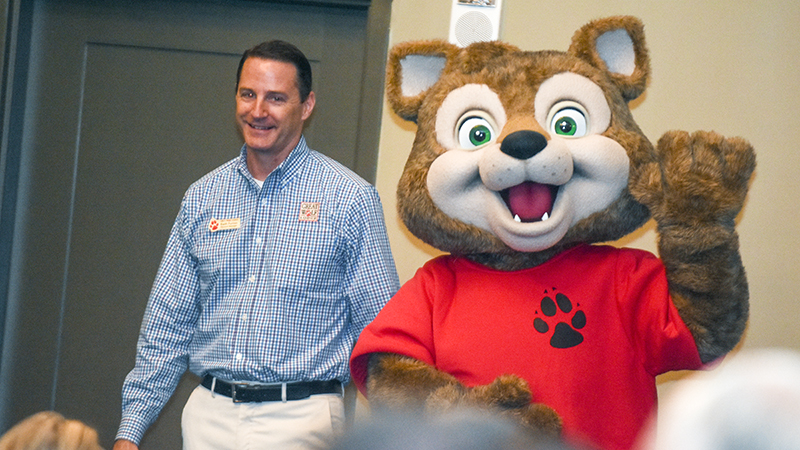 The breakfast was held in a portion of the 18,000 square feet of meeting and event space.

Keith Furnas, general manager of Great Wolf Lodge Georgia, also gave an update on the lodge, which celebrated its two-month mark on Tuesday.

“In the past two months, we’ve had about 25,000 room nights, and 49 percent of those room nights have come from out of state,” Furnas said.

The majority of the out-of-state visitors aren’t just coming from Alabama, Furnas said.

Only 13 percent of visitors are from Alabama.

“We are getting a large portion out of Florida, Mississippi, Louisiana, South Carolina and of that group out of state, well over 25,000 have come to stay at Great Wolf Lodge,” Furnas said. “And I hope they’ve come out into the town, and you’ve seen them out there. That’s what this whole project was about, was to bring people to LaGrange and let them experience the fantastic people and the businesses and everything LaGrange has to offer.”

Furnas said once school starts back, Great Wolf will slow down on week days, but will be busy on the weekends.

The lodge is estimated to bring in around 500,000 people a year.