Tigers get to hang out with Falcons 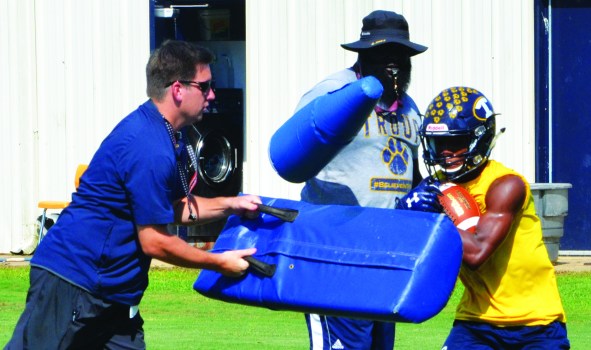 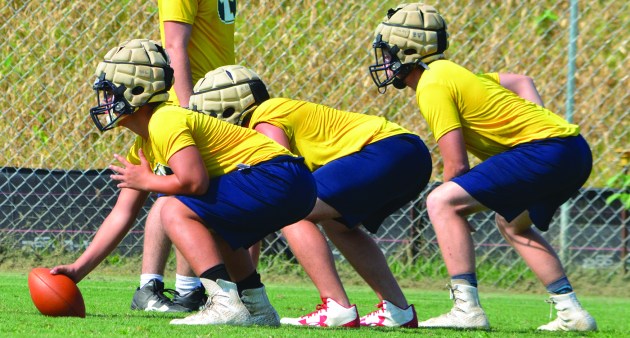 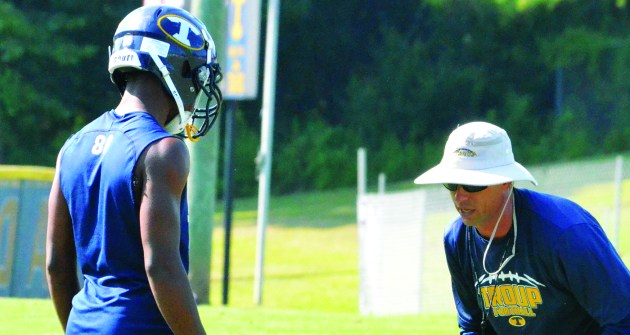 The seniors on the Troup High football team will get to hang out with the Atlanta Falcons next week.

Troup has been selected to be a guest of the Falcons for a day at training camp on Tuesday.

The Troup contingent will include the 24 seniors, as well as six coaches.

“They wanted a high-school team to come there, and take pictures with the Falcons, and sit in their meetings,” Glisson said. “They’ll feed us. It’s a whole day of it.”

Glisson is glad to be able to do something special for a group of seniors who mean a lot to him.

In 2015 when Glisson became Troup’s head coach, the current seniors were freshmen.

That team struggled to a 1-9 record, but the Tigers have won 17 games the past two years.

The seniors were a part of the program when it was at a low point, and now they’re the veterans on a team that could be one of the best in Class AAAA.

“This is my first group,” Glisson said. “We met (this week), we have a player council with eight members, and we asked them what do you want your legacy to be? And they’re talking about 10 years from now, and five years from now. Those are the kind of guys we’ve got. They’re program guys. They want the program to be good for a long time. And they’re not selfish.”

Troup was on the field on Wednesday for the first official day of preseason practice as it prepares for a season that begins on Aug. 24 with a road game against Ridgeland.

Troup is coming off a 9-3 season that ended with a 43-35 loss to St. Pius X in the second round of the state playoffs.

“We had a plan in place, and it took a while to work the plan,” Glisson said. “But these guys have been through that transition. They’ve been with us a while.”

Troup will host Northside-Columbus in a preseason scrimmage on Aug. 9 before traveling north to face a strong Ridgeland squad in the opener.

It’s a match-up of two of the state’s top Class AAAA teams.

Ridgeland returns many of the starters from a team that went 11-1 last season, while big things are expected from Troup as well.

“We did that on purpose,” Glisson said. “We wanted it to be where it was apples and apples, and Ridgeland went 11-1 last year. They’re the same classification. We looked long and hard for that, and that worked out really well. That’s going to be a very difficult game to go to their place. And we really wanted to go on the road. We wanted to be tested.”