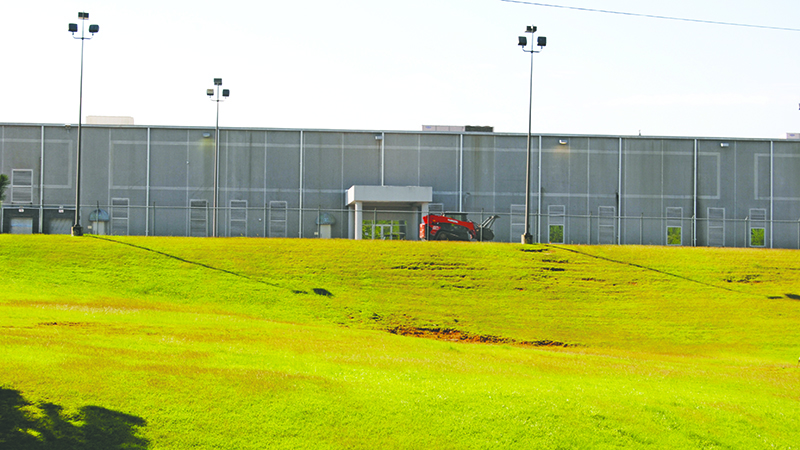 VALLEY, Ala. — Things have been going slow lately at the John Soules Foods plant in Valley, but that should change in the coming weeks.

“We’re ready for them to get here and to get started,” Valley Mayor Leonard Riley said Thursday.

Since the announcement was made last December that the Tyler, Texas-based company had purchased a former West Point Home distribution center off Towel Avenue and would be converting it into a chicken and beef products processing plant, there’s been much anticipation in the local area of a high-quality food products plant coming to the area that could provide up to 500 good-paying jobs.

At that time, Mando had a production facility in the building. They’ve since relocated their equipment to Opelika and Hogansville. Some cleanup and prep work has taken place inside the 266,000-square-foot building leading up to John Soules Foods having their third plant in the building. In addition to their main plant in Texas, they have a second facility in Gainesville, Georgia.

Plans are to have the first two lines up and running in the Valley plant by the fourth quarter of 2020. That will mean around 200 new jobs in the local area. Three more lines will be added after that, bringing total employment to more than 500 people.

John Soules Foods will be investing an estimated $110 million in the former distribution center. Approximately $70 million of that figure will be in Phase I, with the remainder going into Phase II.

There won’t be any slaughtering of live animals at the local plant. Frozen chicken and beef will be shipped here and kept in cold storage until it goes into processing. On the production lines, the meat is cut. Some of it is battered and cooked and some of it is seasoned and grilled. It’s then packaged and stored for shipment.

Before the plant can go into production, there will need to be some upgrades in the water and sewer lines going to the plant. The City of Valley and the East Alabama Water, Sewer and Fire Protection District are working together to get the needed grants so this can be implemented. Since these needed grants are linked to job creation, there’s an excellent chance they will be approved.

Those who work in a John Soules Foods plant are well paid. Management-level employees make in the $70,000-a-year range, maintenance jobs are in the $22 an hour range with machine operators making around $12 an hour.