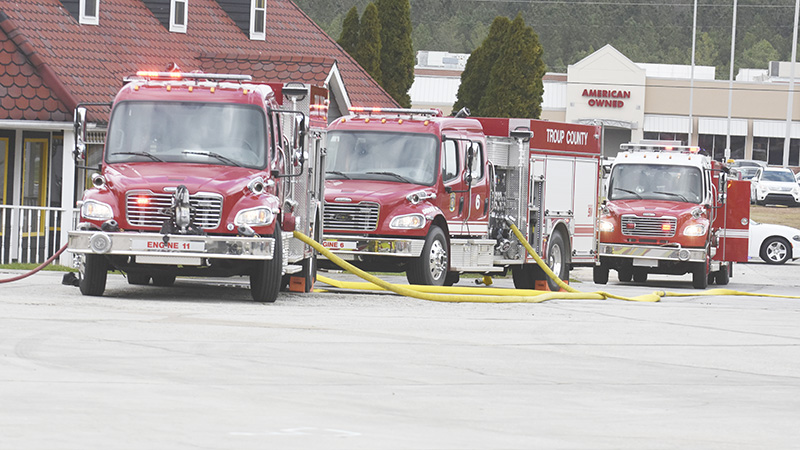 After years of hard work by local firefighters, E-911 employees and local officials, Troup County has successfully improved one of the safety ratings considered by insurance providers.

The Troup County Board of Commissioners and the Troup County Fire Department announced Tuesday that the annual Insurance Services Office, Inc. rating for Troup County is one point lower than previous years. This year’s rating is a 4/4y out of 10, down from 5/5x in 2017, and the lower score could result in lower rates on residents’ homeowners’ insurance once the rates go into effect on Nov. 1, according to officials.

In addition to possibly lowering insurance rates for residents within five miles of a fire station, the steps taken in order to achieve the improved rating are expected to improve county emergency preparedness plans and protocols, according to information released on Tuesday. Some of those efforts included training, pre-incident planning, community risk reduction and additional equipment and volunteers and staff were given the majority of the credit for the improved rating.

“Every member of the fire department — especially our volunteers — had a direct impact on the new rating, as they have worked vigorously to provide change in safety standards for the community by lowering our overall ISO rating,” Troup County Fire Chief Dennis Knight said in a press release. “We have been working toward this goal for a few years, and I’m proud of the result.”

The commission likewise thanked employees and volunteers for their work to receive  the improved rating.

“We appreciate all the work that they have done and put into this,” County Commission Chairman Patrick Crews said.

Residents are encouraged to contact their local insurance provider for information on possible rate decreases.

The Troup County Board of Commissioners will meet again on Aug. 16 at 9 a.m. at 100 Ridley Ave.