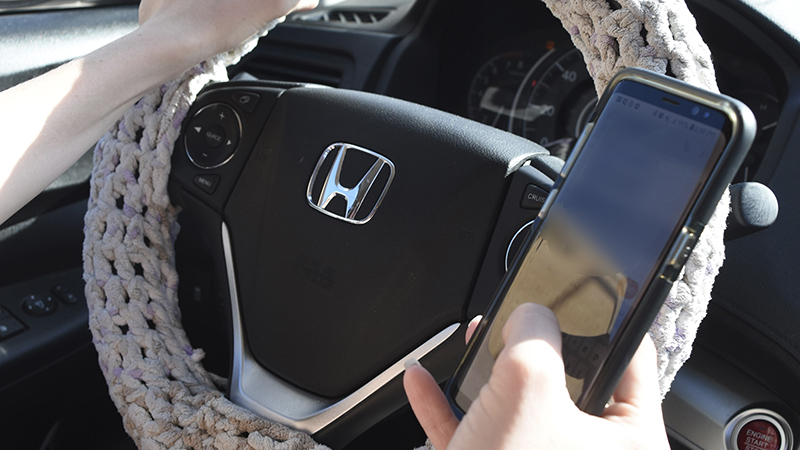 It’s been over a month since the hands-free driving law became enforced in Georgia, and the numbers from July show that most in LaGrange and Troup County have taken it seriously.

According to the Georgia State Patrol public information office, GSP wrote 40 citations in Troup County during the first month.

“I’m very pleased to say that it looks like everyone is taking heed to the new law,” said Maurice Raines, commander of the LaGrange GSP post. “I’m very proud of it. We won’t know for another month, but I feel like traffic crashes have decreased since the law has been in effect. I think Troup County has been educated on what the law is and how important it is, and I’m very proud of the response we’ve seen so far.”

GSP wrote 923 citations statewide, and Fulton County — the most populated county in the state — had the highest amount with 121. According to GSP, 23 counties had only one citation during July.

The LaGrange Police Department wrote 21 citations in July, according to Lt. Mark Kostial. For the first part of the month, the LPD offered a grace period and only warned drivers who violated the law.

“Because this law was highly publicized at both the local and state level prior to it going into effect, I’m very confident in saying that drivers are well aware of this law. At this point however, I think that it is too early to expect that drivers in LaGrange and elsewhere have changed their driving habits solely because this law went into effect slightly more than a month ago.  We have to remember that we are all creatures of habit that live in a society where we are all accustomed to multitasking,” Kostial said in an email. “Unfortunately, when this occurs while operating a vehicle, the chance of a collision occurring increases dramatically hence the need for this law.  With this in mind, I do anticipate that there will be an increase in the number of traffic contacts issued by the City of LaGrange Police Department for the offense of distracted driving over the next few months.”

The Troup County Sheriff’s Office did not write any tickets in July, according to Sgt. Stewart Smith.