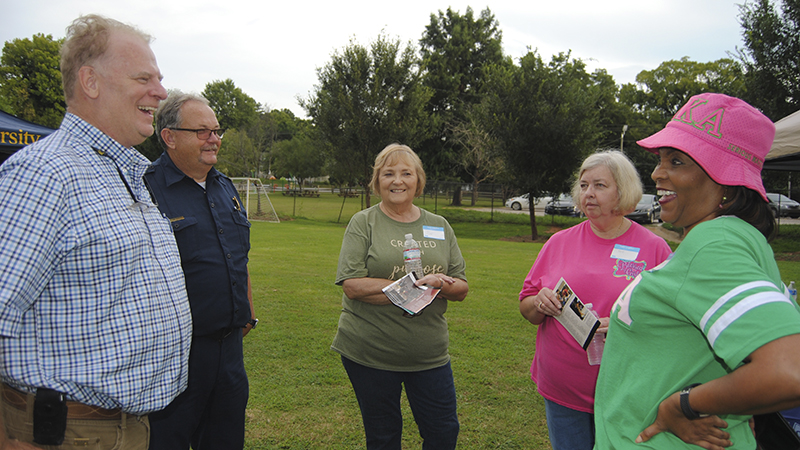 WEST POINT — By mid-afternoon on Tuesday, it looked like a summer thunderstorm might wash out the West Point Police Department’s National Night Out program that had been planned for 6:30 p.m. at John Hoggs Park. A storm appeared imminent but thankfully did not materialize, and the block-party style event proceeded as planned.

“We want people from the community to visit with us and to get to know our officers,” he said. “We especially like to meet kids. We want them to learn at an early age that we are here to protect and serve.”

“We like meeting the public at these kinds of events,” said GBI agent Daniella Stuart of the Columbus office. “We serve 13 counties including Troup.”

Stuart is one of two crime scene specialists in the Columbus office.  At a table underneath a tent that was set up, Stuart talked to people about the procedure of fingerprinting.

“We are proud to be a part of the community,” she said, “and we want to know what the citizens would like for us to do.”

“I’m glad the rain held off,” Billy Williams said. “This has been a good event. It gives people the chance to know who their policemen are. We’ve been involved in Neighborhood Watch for a long time. It’s a really good organization.”

The event is meant to increase awareness about police programs such as town watch, neighborhood watch and other anti-crime efforts.