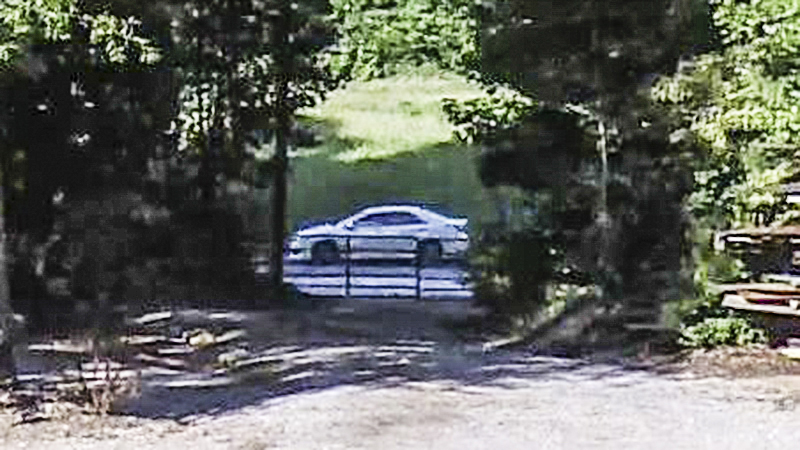 A still camera on Reed Road captured this picture of a white, four-door car, which might be the suspect’s vehicle. --Contributed

A vehicle of interest has been identified in the case of the attempted kidnapping of an 8-year-old Sunday on Reed Road.

The Troup County Sheriff’s Office released a photo of a white, four-door vehicle captured by a camera in the area of Reed Road Sunday evening. The type of vehicle is unclear, although the TCSO believes it might be a Toyota Camry.

According to a sheriff’s office press release, a child on Reed Road was outside when a man approached her in a small, four-door, white car.

Based on the child’s description, police believe the man was wearing a wig and possibly trying to dress as a woman, according to the press release.

The male grabbed the child on the lower portion of her leg, but the child — an 8-year-old — was able to get away. She fell to the ground and relatives ran to her aid, but did not see the suspect.

In the press release, the man is described as white with long brown hair to his ears, although that hair may be a wig. He was wearing a white shirt, white pants and black boots.