John Asbell has been named the chairman of this year’s United Way of West Georgia fundraising campaign. 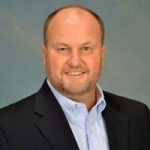 “It’s very, very humbling to know you can be the link in that chain, to have such an impact for so many,” Asbell said. “This year’s campaign slogan is ‘Be the One’ which denotes two things, one link and the power of one link and without it what happens to everything.”

“We are certainly focusing on a goal of over $1 million this year,” Asbell said.

Asbell said one of the keys to a campaign is getting businesses to take part.

“Typically, what happens is they commit a coordinator, someone internally in the organization that can setup our campaign rallies and communicate it throughout their organization and get buy-in and participation,” Asbell said. “We need participating companies and assigned coordinators from those companies.”

Nichols to serve as interim superintendent for Troup County…