WEST POINT — The West Point Police Department believes a man wanted in connection to a June murder may be in the Troup County area. 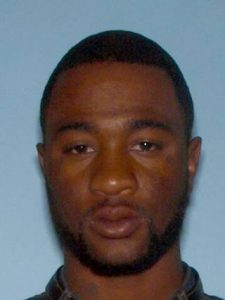 According to a West Point Police Department press release, authorities are still searching for 23-year-old Trent Murphy, one of three men sought in connection with the shooting death of Reggie Pearson, 50, of Valley in June. Octavious Bridges, 24, and Eric Bridges, 25, were arrested in the days after the shooting.

Fawley said Murphy has been frequenting the Lanett and Valley, Alabama as well as LaGrange and Columbus.

On June 13, the West Point Police Department responded to the call of a subject sitting on a porch with a firearm. Upon arrival, they found Pearson sitting on the porch, unresponsive with a gunshot wound to the chest.