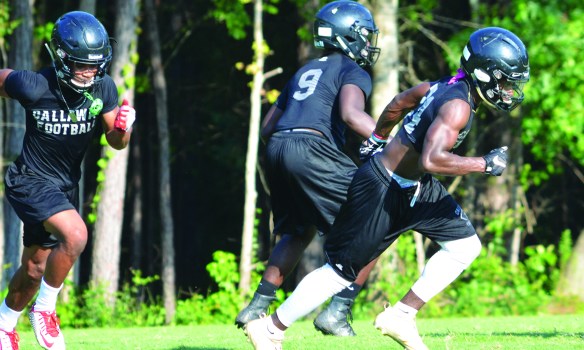 The Callaway Cavaliers and Troup Tigers will kick off a new season on Friday night, and they should both have their hands full.

Callaway will be at home against Alabama powerhouse Opelika, while Troup will be on the road against Ridgeland.

Also on Friday, Unity Prep Academy and Lafayette Christian will look to build on their season-opening wins.

Unity Prep will be in Columbus to play Calvary Christian, while Lafayette Christian will travel to Valdosta to play Georgia Christian School.

LaGrange, which lost to Heard County 10-3 last week, returns to action on Aug. 31 against Callaway.

Callaway and Troup both have formidable opening-night tests.

Opelika went 9-4 last season and reached the quarterfinals of the Alabama of the Class AAAAAA playoffs before losing to Hillcrest 26-24.

Opelika has a new head coach in Erik Speakman, although he’d been an assistant coach at the school for 18 years before earning the promotion.

During Speakman’s time at Opelika, the team has gone 170-50 and has finished second in the state twice.

Callaway, with Pete Wiggins back for his 17th season as head coach, went 11-2 last season and lost in the Class AA quarterfinals.

Troup will also be taking on a team with a new head coach.

Ridgeland went 11-1 last season with Wesley Tankersley at the helm, and Cortney Braswell will look to keep things rolling in his first season as head coach.

Braswell comes to Ridgeland from Chattanooga Central, and he led the team to the second round of the Tennessee state playoffs last year.

Ridgeland opened its season last week in the Corky Kell Classic, and it lost to Calhoun 45-21.

Troup, with fourth-year head coach Tanner Glisson leading the way, went 9-3 last season and it reached the second round of the Class AAAA playoffs.

Lafayette Christian and Unity Prep can stay unbeaten with road wins this week.