A West Point murder suspect saw his time on the run end on Tuesday.

Trent Murphy, 23, was arrested Tuesday at 7 a.m. at the Venue Apartment Complex in Valley, Alabama, according to a press release from the West Point Police Department. Murphy is one of three men arrested in connection to the June 13 murder of 50-year-old Reggie Pearson. Octavious Bridges, 24, and Eric Bridges, 25, were previously arrested. 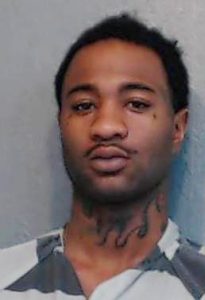 “The West Point Police Department would like to thank the citizens of West Point, United States Marshall Service: South East Regional Fugitive Task Force, the Gulf Coast Regional Fugitive Task Force, the Georgia Bureau of Investigation, the Valley and Lanett Police Departments for their assistance in this two-month investigation and search for the fugitive Trent Murphy,” said the police department in a press release.

It was a night of firsts Friday night at Lafayette Christian School. Not only did the Cougars play and win... read more