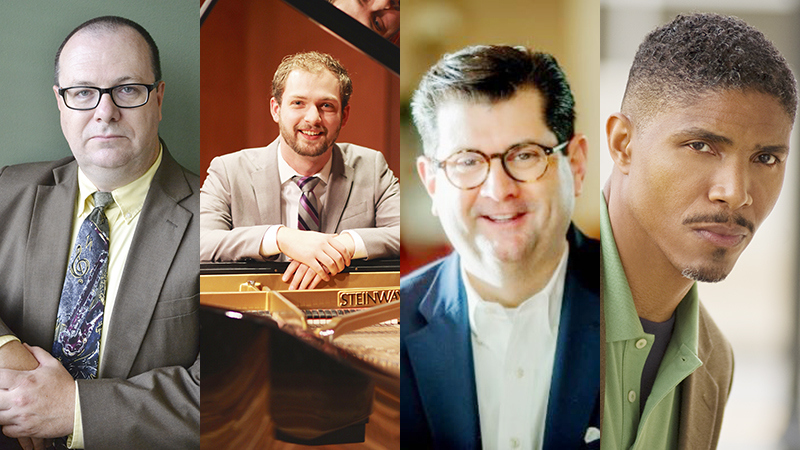 The Choral Society of West Georgia has announced its upcoming concert season, which will feature a variety of community favorites.

The choral society’s concert season will include “The Great Spooktacular” in October, “We Gather Together” in November, a performance in “The LaGrange Symphony Orchestra Holiday Concert” in December, “The West Georgia Choral Arts Festival” in March and the “Tripping Hither, Tripping Thither! An Evening with Gilbert and Sullivan” dinner concert later in March.

“We have some outstanding concert venues again this year,” said Bettie Biggs, the artistic director for the Choral Society of West Georgia. “Kickoff [for rehearsals] is Sept. 6, and then we have a kickoff party on Sept. 9. All of this is just recruiting.”

The first concert, “The Great Spooktacular Organ Concert,” will take place on Oct. 27 and is free to the public. Biggs said six organists had already confirmed that they plan to play at the concert, which is typically full of a variety of fun and classic songs played by local organists. This year, Biggs was excited to announce that the concert will take place in a new venue.

Organists from LaGrange, Hogansville, West Point and Columbus are expected to play at the fun, family friendly performance, and because of FUMC’s layout, the audience will have a great view of these performers who are usually heard without being seen.

“One thing that I didn’t realize is that organ rolls out, and so the audience will have a really good view of the organists and what they are doing, not only with their hands, but with their feet,” Biggs said. “If you’ve never seen that actually happen, it is amazing to see them play.”

The concert will be in collaboration with the Downtown LaGrange Development Authority’s annual Chili Cook-off competition, which will take place on Lafayette Square from 11 a.m. to 2 p.m. Anyone interested in being in the Chili Cook-off competition should contact Barbie Watts, the DLDA’s director of promotions and marketing by emaiing herl at barbiew@downtownlagrange.com. Then the concert season will keep going strong with a concert of praise and thanksgiving on Nov. 17 and 18 at First Presbyterian Church. The concert is generally well received, and this year’s performance will feature a performance by the Rev. Dr. John Beyers, the senior minister at the First United Methodist Church.

Soon after, on Dec. 11, the LaGrange Symphony Orchestra, the Choral Society of West Georgia and the Lafayette Christian School Chorus will join forces for a holiday performance sure to fill Callaway Auditorium with comfort and joy. The concert will feature original work by local composer, LaGrange Police Department Sgt. Robert Kirby.

“[Kirby] wrote two Christmas pieces and dedicated them to the choral society, and we were so impressed with them, we sent them on to the symphony,” Biggs said. “He is doing the orchestrations himself, and we will be performing his pieces in the second half of the concert.”

Biggs said that she is thrilled that the Choral Society of West Georgia will be able to perform with the LaGrange Symphony Orchestra for the concert.

After the holiday performance, the Choral Society of West Georgia will begin to prepare for one the biggest choral events of the year in the state: “The West Georgia Choral Arts Festival” on March 9. This will be the free concert’s third year. This year, Dr. Oliver Nathan Greene Jr. will be the guest clinician for the festival. Greene is a LaGrange native and LaGrange High School graduate with a bachelor’s degree in vocal performance from the University of Cincinnati, master’s degrees in sacred music and vocal performance from Southern Methodist University and a Ph.D.  in ethnomusicology from Florida State University. Notably, he was also the first person who Biggs voice coached in LaGrange.

“It was always what he was destined to do, was to be a musician, and he certainly has proven to be a successful one,” Biggs said. “So, we are just delighted to be able to host Nathan as the guest clinician.”

In the past, the concert has featured hundreds of performers from throughout the area on stage at Callaway Auditorium, which is presented in partnership with the LaGrange College music department.

Finally, the Choral Society of West Georgia will wrap up its concert season with “Tripping Hither, Tripping Thither! An Evening with Gilbert and Sullivan” on March 23 at Highland Country Club.

“Actors will portray Gilbert and Sullivan, and we’ll have just a really fun evening of music from their unique genre,” Biggs said. “We look forward to that as our spring concert.”

Andrew Harry will serve as the new accompanist throughout the concert season.

Following the spring concert, many members of the choral society plan to take part in a Danube River cruise. Interested singers should contact choralsocietyofwestgeorgia@gmail.com for additional details. The choral society conducts a voice placement interview with incoming singers. For more information on the Choral Society of West Georgia and upcoming concerts, visit Choralsocietyofwestgeorgia.org.