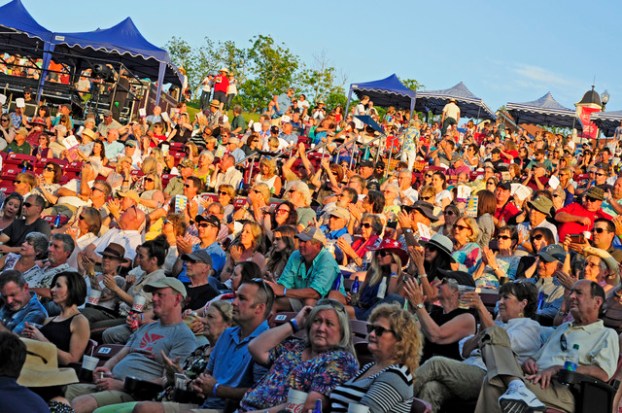 Seventeen teams will battle it out on the kickball field Saturday, hoping to win bragging rights, but also to help out First Choice Women’s Center, an unplanned pregnancy center.

The second annual Not Just for Kicks, The Mother of All (Kickball) Tournaments will take place Saturday at the Shuford Fields, with games kickoff off at 8 a.m. In its second year, the tournament has grown by a team this year.

“Almost everybody came back this year,” said organizer Michelle Thompson.

“Fourteen of the 17 teams are repeats from last year. I think once people do it and see how fun it is, they definitely want to do it again.”

Each team guaranteed at least three contests. The championship game is scheduled to start around 2 p.m.

The tournament is one of two fundraisers the First Choice Women’s Center has each year. The other is a banquet in October. There’s no admission charge for anyone who wants to watch the tournament.

Thompson said there will be face painting and other activities for spectators.

Also on Saturday, LaGrange Academy will also have a 5K and 1-mile fun run starting at 8:30 a.m. The fun-run will be held first, followed by the 5K at 9 a.m. It’s $25 to participate if your register the day of the race.

If you’re looking for something to do Friday evening, Sweetland Amphitheatre will have fun for the whole family at 6 p.m. Animals from the Wild Animal Safari will be on site, and the LaGrange Art Museum will have a creation station so that children can make their own animal mask.

The Jungle Bus mobile bookmobile will be open, and the Junior Service League will be holding a book drive to benefit BLOCKS of West Georgia. The JSL is asking people to donate new or gently used children’s books for a chance to win a set of six water park passes to Great Wolf Lodge. The movie “Sing” will be shown at dark.

The event is picnic approved, so outside food and beverage is allowed, and vendors will be on-site.

If you are looking to add a dog to your family, the LaGrange-Troup County Humane Society will hold an adoption event at Tractor Supply Company Saturday at 10 a.m. Humane Society director Mandi Bono said a few of their dogs will be there as well as pictures of the other animals they have. Tractor Supply is located at 100 Plantation Way in LaGrange.

If you have the urge to dance, the Dance to Defeat ALS will be held at the Mike Daniel Recreation Center at 10 a.m. on Saturday.

A LaGrange man was arrested for marijuana possession after allegedly fighting a police officer during a traffic stop Wednesday on... read more