‘This is not a negotiation’: Pugh was asked to resign 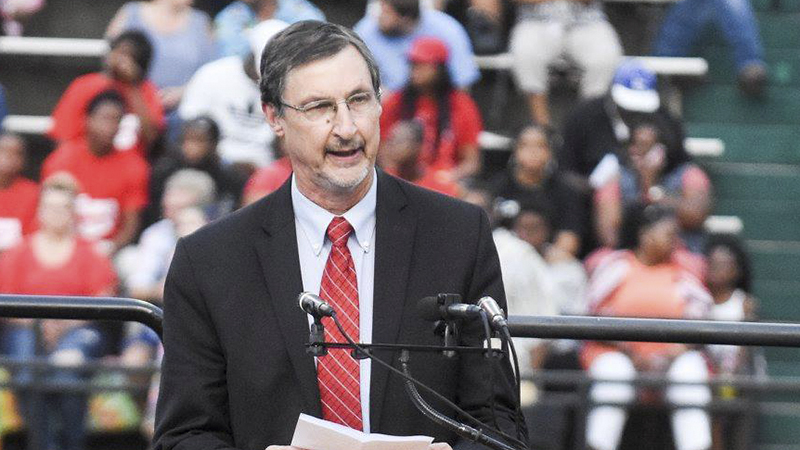 Superintendent Cole Pugh was asked to resign from his position. --Daniel Evans

Former Troup County Schools Superintendent Dr. Cole Pugh was given an ultimatum, resign or face the termination of his contract. According to emails between members of the Troup County School Board in the week leading up to Pugh’s official resignation, Pugh was given the opportunity to resign, but the directive of the board was clear — Pugh would not remain the school system superintendent moving forward.

Pugh and the board officially agreed to a mutual resignation on Aug. 13, but email correspondence discussing Pugh’s removal began as early as Aug. 9. The LaGrange Daily News received the emails through an open records request.

“Allen (Simpson), Joe (Franklin) and I have asked to meet with Dr. Pugh this evening (after our small group) to deliver the message from our executive session – we are parting ways and we can do it under termination per the contract or he can resign, and we will honor the financial terms of the contract,” Board Chairman Kirk Hancock said in an email to board members and attorney Jeff Todd on Aug. 9. “We will want his answer on Friday / Monday noon at the latest. This is not a negotiation.”

In that same email, Hancock discussed the hiring of Dr. Roy Nichols, who was named the interim superintendent of the school system on Aug. 13.

“Allen and I met via conference call with (school board attorney) Jeff Todd and Dr. Nichols,” Hancock said. “Dr. Nichols is on board to serve as the interim superintendent. The only quirk is due to Ga Retirement rules – he can work 3 (months) full time and then can work 3 months part time. We agreed that we could accommodate that, and we would work diligently to find the new superintendent.”

In a Friday morning interview, Hancock and Nichols discussed Pugh’s resignation. Hancock said the board wanted a change in leadership style moving forward and that no specific action led to Pugh’s forced resignation.

“It’d be so much easier to say there was some seminal event, that something happened or changed,” Hancock said. “I think it was just a reflection on behalf of the board and Dr. Pugh that it was time for a change. The best way for us to go forward, to accomplish our goals as a system and a community will take a different style of leadership. This is how we got there.”

The reasoning behind the change in leadership remained vague, as Hancock declined to go into specifics, citing board policy on personnel matters.

“By the guidelines set forth for a school system, we can’t talk about individual performance of any school employee,” Hancock said. “I can say the relationship got to where it was agreed that we needed a change in style to move forward.”

Hancock did not say whether the school board was unanimous in its vote on Pugh, but did say only a majority vote is needed to make such a decision, which would require approval from four of seven board members. However, he said he looks for a general overall consensus from the board.

“Good practices as the board chair on a thing like this, you work to get as strong a consensus as you can possibly get,” Hancock said. “We may all get to an answer differently, but we need to be united as a board and supportive of each other and as a system and move forward.”

Pugh was evaluated each year by the board, including in January of this year, though the findings of review are not public record under Georgia Code 20-2-210.

Hancock was asked whether something significant changed between January and August of this year. He was specifically asked about the Georgia Milestone scores, which were released on July 27 — six days before the board held an executive session to discuss personnel matters. These scores showed Troup County students in third through eighth grade are below state averages in both reading and English-Language arts. In a press release from the school system on July 27, Pugh said “some of our results are unacceptable.”

“It’s all part of the mix. Everyone was disappointed in the scores,” Hancock said. “They are not where we want them to be or where we are going to take them in the future.”

Although the review is confidential, the resignation agreement between the board and Pugh does not stipulate that the two sides cannot discuss the matter publicly.

Attorney Jeff Todd noted in an email dated Aug. 9 that there wouldn’t be a provision to stop either side from talking about the split publicly.

“The attached is exceedingly simple,” Todd wrote. “You will see that it has no provision regarding what the board will and won’t say regarding the resignation and events leading up to the agreement (non-disparagement language you might see in a private employment context) … The goal is to not make a lot of promises about what the system will or won’t say about this, as that is difficult to enforce and police in such a large organization.”

The first emails received by The LaGrange Daily News related to Pugh’s resignation were from Aug. 9, the first day of the school year. Pugh was welcoming students back at Callaway High School that morning.

Hancock’s email discussing Pugh’s dismissal with the board was sent that same morning.

“We will need to call a special executive session at 5:00 (prior to the 5:30 work session) to accept his resignation or proceed with a termination. We would then go into the work session to ratify our actions. I will ensure that the meeting is properly noticed,” Hancock said. “In either event, this will be a personnel matter, and we will refrain from commenting on either action other than to say it was a personnel issue and we do not make comments.”

One week earlier, the board held a special called meeting that included only an executive session to discuss personnel decisions. Hancock said the decision was made in that meeting.

Nichols said he was contacted about the position four days later, on Aug. 6.

“They asked, ‘would you be willing to talk to us about the possibility, should the board decide that the relationship needs to be broken with the superintendent.’ I said ‘yes, but I’ve got a lot of checking to do,’” Nichols said.

Nichols called back Aug. 8 to accept the interim position.

Todd sent Hancock a resignation agreement on Aug. 9, but the final resignation forms were signed and dated as Aug. 13. The board meeting to accept Pugh’s resignation was held on Aug. 13.

The school system announced last week that it will pay Pugh his remaining salary of $152,891. Hancock said that was agreed to in 2011, when Pugh’s contract was signed.

“From a contract standpoint, we paid exactly what the contract said,” Hancock said. “The amount we paid was set in place six or seven years ago when the contract was signed. It’s a very standard contract. There’s nothing outrageous in that.”

Hancock discussed Pugh’s contract in an email to the board on Aug. 13.

“We will honor the 90-day notice period per the contract,” Hancock said. “We converted the one year of base salary to a fully loaded benefit cost per month. This will provide Dr. Pugh with insurance and retirement contributions … We will continue to pay Dr. Pugh until July 31, 2019.”

Hancock said the contract and severance package would have been handled the same way if Pugh had been fired.

“This was a transition that happened and we handled it professionally, according to the contract,” Hancock said. “From the taxpayer’s standpoint, if you make it a termination, we pay it, because that’s what the contract said. Or, you pay it through the resignation and work through that professionally. It was what was agreed to years ago, and it’s probably what’s going to be agreed to in some form or fashion for the next superintendent.”

Many have compared Pugh’s departure from Troup County to his exit from a school system in Texas in 2010, where he reportedly left with $181,000 in severance pay. Hancock said there’s no relation between the two incidents.

“There is nothing, no relationship whatsoever between any of that,” Hancock said, noting the school system was fortunate to see consistency in the superintendent position for so long.

“The average tenure of a superintendent is three to four years. We were fortunate to have Dr. Pugh for longer than that. Superintendents know it’s a tough gig. Treating someone professionally and with respect is the right thing to do and can and should have an impact on your ability to attract the next superintendent.”

“Our approach is ‘go slow to go fast.’ We want to take this as an opportunity to return to building that community involvement. We are going to look for a firm that helps us through this process,” Hancock said. “We are going to go out and talk to parents, teachers, administrators, business leaders, ask what they want to see in the next superintendent and what they want to see in the system. (We want to) use that as a stage to help us come back and refine a real custom profile of what we’re looking for in Troup County.”

Nichols, who has said he has no interest in keeping the job long-term, said he hopes the system has someone hired by January. 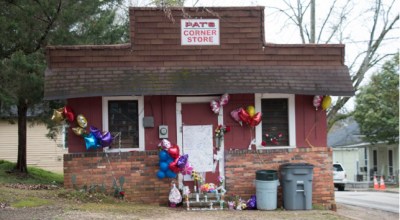