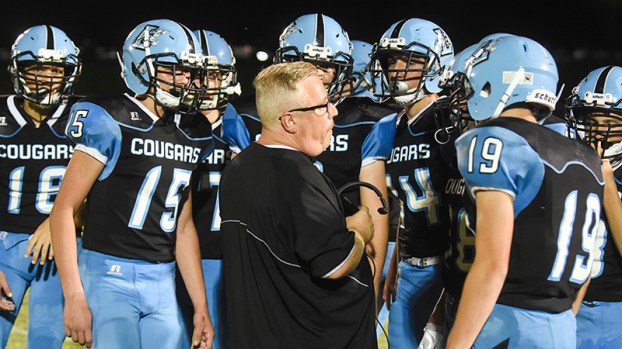 Lafayette Christian saw its undefeated start to the season come to an end Friday night in a 43-7 defeat to Cherokee Christian.

The Cougars (2-1) led 7-6 in the first half, following a 60-yard touchdown pass from quarterback Landon Whitley to Nathan Karvelas, but the lead was short-lived. Cherokee (3-0) scored the game’s next 37 points, aided by Lafayette Christian mistakes and turnovers.

Whitley didn’t play in the second half. Coach Nate Shaw said the decision to sit him for the final two quarters was a precaution.

“He just wasn’t quite himself, so we just want to be precautious,” Shaw said.

The Cougars trailed 30-7 at halftime and gave up a quick touchdown to go down 30 points. Cason Firth led Lafayette Christian inside the Cherokee 20-yard line, but the Cougars turned the ball over on downs.

Shaw said it was just one of those nights for his team, who has to regroup before next week’s game against Life Christian.

“[Tonight was about] missed blocks, penalties, turnovers, injuries and whatnot — just bangs and bumps that throw your rotation off,” Shaw said. “That’s not to make excuses. They played really well, but once we certainly didn’t help ourselves with some foolish things and foolish penalties. It was just terrible, egregious mistakes that you can’t make in a game like this.”

Cherokee Christian looked like one of the frontrunners in Georgia Independent Christian Athletic Association. The Cougars hope to get there by the end of the season.

“In order to be 1-0 next week, we need the guys that are holding back some effort to step up,” Shaw said. “We have a pretty young team, and we don’t like to necessary throw guys to the wolves all the time, but we kind of need to throw some kids to the wolves and see who comes out on top.”