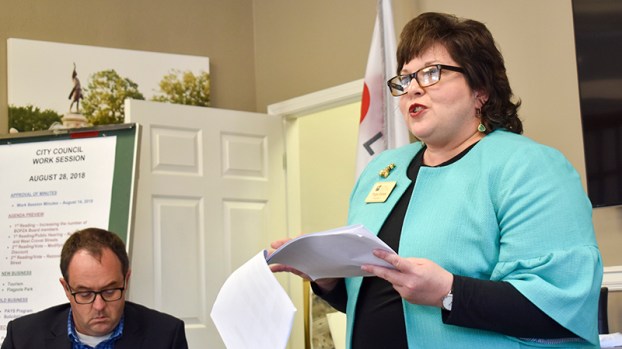 Hotel/motel tax funds have been used by the LaGrange-Troup County Chamber to promote tourism since 1991, and while the request for additional oversight was not in the original agreement, Mayor Jim Thornton compared the level of oversight to what the city council uses with the city budget. The city council has the opportunity to review all expenses over $2,000 in a report prepared by City Manager Meg Kelsey on a monthly basis.

Councilman Mark Mitchell proposed the amended motion requiring the additional financial reporting. The proposal reflected discussion during the work session earlier in the day and was strongly supported by Councilman Nathan Gaskin.

“Moving forward, I think we need to require more detailed information about how taxpayers’ money is being spent,” Gaskin said. “I don’t think it is being frivolous. I don’t think it is being petty. You can trust, but it is our duty as elected officials to verify. You can be the best friends in the world with whoever, but when you are dealing with taxpayers’ money, you need receipts.”

During a work session earlier that day, Estes outlined how the hotel/motel tax dollars are spent. The five biggest expenses on the FY19 tourism budget were $300,000 for advertising, $150,000 for sports and tournaments, $125,800 for salaries and wages, $75,000 for the trolley special project and $50,000 for a special project at Boyd Park. The tourism budget also included a wide variety of other expenses on tourism-related areas, such as Regional District Information Centers in LaGrange and West Point.

The chamber uses hotel/motel tax from all three cities and the county to promote local attractions. Money from the hotel/motel tax is legally required to be used for certain purposes and most council questions revolved around that use.

In her work session presentation, Estes referenced a rise in tourism-related jobs over the years. According to the Georgia Department of Economic Development, in 2016 Troup County’s tourism industry supported 1,180 tourism-related jobs, generated $160 million in direct tourism spending, created $6.56 million in state tax revenues and generated $4.6 million in local tax revenues. Additionally, the City of LaGrange had a 13 percent increase in hotel/motel tax from fiscal year 2017 to fiscal year 2018.

“For our size community, when you compare us across the state, we certainly do a large volume of tourism traffic, which is definitely positive,” Estes said. “Every year since I’ve been at the chamber with the exception of one, we’ve had an increase in hotel/motel tax. That is just one metric, but we believe that is one that certainly shows the marketing efforts that we are doing.”

According to information released at the meeting, Troup County saw 3.5 million visitors per year prior to Great Wolf Lodge’s grand opening, with West Point Lake drawing in 2.5 million of those visitors. Sports tournaments have also resulted in a large number of visitors in recent years.

“We have about 2,500 athletes and their families that visit this community every weekend in the months of March through October, weather permitting,” Estes said.

Councilman Jim Arrington asked about communication between the LaGrange-Troup County Chamber of Commerce and its partners, and Estes said that was the reason for the tourism advisory board, which has representatives from local municipalities, attractions and lodgings.

Councilman Willie Edmondson and Assistant City Manager Teresa Taylor represent the City of LaGrange on the Tourism Advisory Board.

Estes also discussed the impact of conference centers at Great Wolf and Pyne Road Park, marketing the city as a hotel location for Auburn away teams, efforts to encourage repeat visitors and various tournaments held in the city and county.  The LaGrange City Council will meet again on Sept. 11 at 5:30 p.m. at 208 Ridley Avenue.