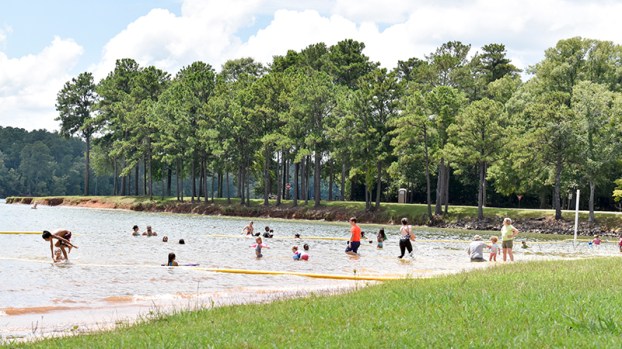 Discussions on lake a good thing for community

Over the last two weeks, we’ve written several stories on West Point Lake. For instance, in today’s paper, we featured a story wrapping up summer at the campgrounds, and also featured the lake in a story on Troup County tourism.

In the tourism story is a statistic that might surprise you — 2.5 million of the 3.5 million tourists a year that visited LaGrange in recent years did so because of West Point Lake. That goes to show just how valuable of a resource the lake is and how its future is so heavily tied in with the futures of LaGrange, West Point, Hogansville and Troup County as a whole.

A few weeks ago a group of fishermen met with biologists from the Department of Natural Resources, county leaders and Dennis Tumlin, who helped turned around Lake Chickamauga in Tennessee. The resounding message from fishermen at that meeting is that they want more largemouth bass in the lake, which theoretically would bring in more fishing tournaments, more money and help the economy.

Tumlin showed what a high-quality lake has done for Dayton, Tennessee, and talked in general about what an improved West Point Lake could mean for this area.

Of course, it doesn’t sound like it’s as simple as just stocking more largemouth bass. DNR officials discussed the different intricacies that go into the lake, the ecosystem and problems that could arise from a large surplus of largemouth stocking. The lake was also brought up during a LaGrange City Council meeting last week, when County Commission Chairman Patrick Crews discussed planned projects, including a multipurpose facility at Pyne Road Park and the possible addition of yurts at campgrounds.

Our point is this — there are a million ideas floating around about how to utilize, improve and draw more tourists to West Point Lake. It’s hard to know what’ll work and what the right answers are, but one thing is definitely clear — leaders in our community are talking about the lake, its current quality and how it can be utilized even better in the future. That’s a good thing for LaGrange and Troup County and for people who love to spend weekends and down time at West Point Lake.

Swarms of locusts and the book of Joel

As long as they are in their solitary phase, they are grasshoppers, but for some reason and under certain circumstances... read more