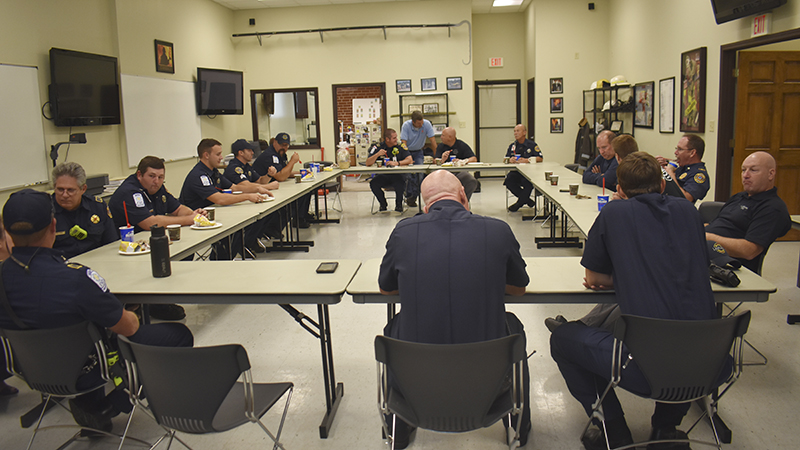 Firefighters who worked Monday’s fire on Revis Street returned to work on Wednesday, and they were treated to lunch. --Contributed

One of the four hospitalized LaGrange firefighters has been transferred to a burn center in Augusta for further treatment, according to a City of LaGrange press release.

The other three firefighters are still recovering at Grady Hospital in Atlanta. The city has not identified which firefighter was transferred to Augusta. Pete Trujillo, Jordan Avera, Jonathan Williamson and Josh Williams were the four hospitalized following the early morning fire on Revis Street Monday.

LFD Deputy Chief John Brant said on Tuesday one of the firefighters had skin grafts and was recovering, two are scheduled for surgery Thursday, and the other was under evaluation to see if he needs surgery.

The rest of the firefighters who worked Monday’s fire returned to work on Wednesday, including Jim Ormsby and Sean Guerrero, who each received minor injuries in the fire. Each were offered counseling services, according to the press release.