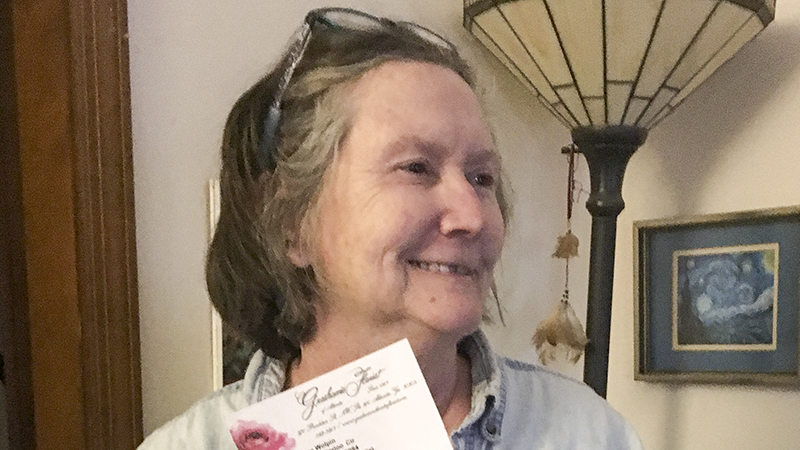 In the early morning hours of Sept. 4, 2018, Lucy Bradford Barron Wolpin of Tucker, Georgia, passed away peacefully. She was 64.

Born in LaGrange, Georgia, March 4, 1954, Lucy was a graduate of the University of Georgia, where she met her husband, Bill Wolpin, in 1972. The two were married a year later, and after brief stays in St. Simons, Georgia, and Tupelo, Mississippi, Lucy and Bill moved to Atlanta in 1976, and lived in Tucker since 1994.

Lucy possessed an amazing memory and an encyclopedic knowledge of history. But her family and friends knew her most as an intelligent, loving and generous person who supported many charities and social causes, particularly those relating to animal rights and the poor.

Lucy was preceded in death by her father, Virgil Calvin Barron; mother, Eula Undine “Dean” Barron and brother Michael Barron. She was the loving mother of two sons, Joseph Brendan Wolpin of London, England and Aidan Benjamin Wolpin of LaGrange; as well as her daughter-in-law, Svetlana Semenova, all of whom survive her. She is also survived by her husband Bill.

Lucy’s wit and kind-hearted nature will be missed by all who knew and loved her. Memorial events are being planned and will be announced on Facebook and other social media.

Watson-Tante Funeral Home was in charge of the arrangements.