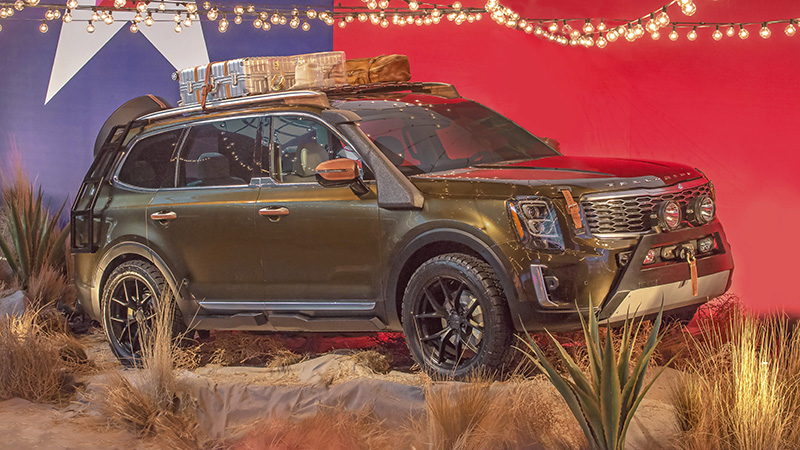 The Kia plant in West Point is getting ready to produce the automobile manufacturer’s newest model — the 2020 Telluride.

The Telluride, a new 8-passenger luxury SUV, was unveiled at Brandon Maxwell’s New York Fashion Week Show on Saturday night. The vehicle drew inspiration from Maxwell’s 2019 spring/summer collection, which was based on Texas.

According to a Kia press release, the Telluride will offer a V6 powered option and is several inches longer and wider than the Sorento, Kia’s mid-size SUV. The Sorento and Optima, Kia’s four-door sedan, are currently produced in West Point. The Hyundai Santa Fe was manufactured in West Point until April of this year, when production was moved back to Montgomery.

The Telluride was created at Kia’s design studio in Irvine, California, and soon, it’ll be put together on the assembly line at Kia Motors Manufacturing Georgia.

“It’s in trial stages right now, but has a production date of early next year, which is also the time when it’ll go on sale in the U.S.,” said Stuart Countess, chief administrative officer of KMMG.

Countess said they are still working out how many Tellurides will be produced. Corinne Hodges, senior manager of public relations for KMMG, said the final number might depend on demand.

Countess said team members have been preparing for months for the Telluride, which was first introduced at the North American Auto Show in Detroit in 2016. He said the key to adding a third vehicle, especially one that is new to Kia, is planning. The Kia plant has produced more than 1 million Sorentos and 2.7 million vehicles overall.

“Part of the process we go through is trying to balance out all that work so that it doesn’t interrupt our production, regardless of whether you are making a Sorento, Optima or Telluride,” Countess said. “That’s part of that whole planning process we have to go through, understanding what is contained in the car. We don’t expect any kind of interruptions or disruptions related to this.”

The Telluride is currently in the trial run stages, Countess said.

“You are validating not only product but also equipment,” Countess said. “That has now started and will continue through this fall.”

Countess said customers should expect the same quality with the Telluride that Kia has shown with its other vehicles.

“Everybody should look for the same quality level that they’ve been getting on the Sorento. That’s been the good point about this workforce, the recognition they have received in J.D. Power awards,” Countess said.

“We have the same targets and aspirations for this vehicle. That’s part of our preparation. Our team members are committed to give the customer the best car that they can.”