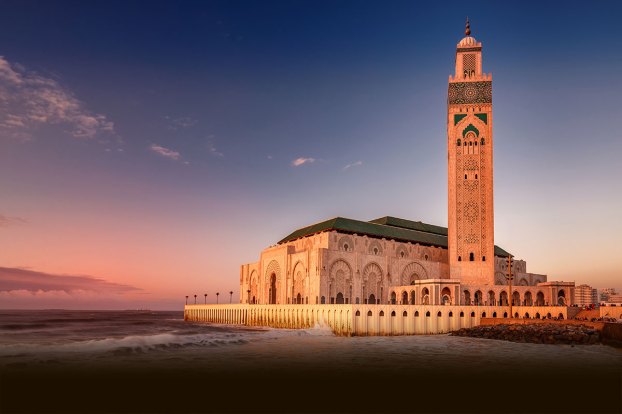 LaGrange College aims to bring a bit of “magic” to its ninth annual 3D Journeys travel and lecture series.

“We are excited to introduce ‘Magic of Morocco’ with preview lectures on Sept. 24,” said Ann Beason, who co-chairs the 3D Journeys series with Nancy Durand.  “Centuries of African and European influences have transformed a storied civilization into one of the world’s most distinctively different settings.”

The preview begins at 10 a.m. in the Dickson Assembly Room of Turner Hall. The session will introduce the lecturers and aim to provide a “tempting taste” of the topics for the monthly series that runs January to April 2019.

Details and rates for a spring 2019 trip to Morocco, hosted by President Dan McAlexander and Celeste Myall, will be presented, but travel is not required to attend the lectures, which drew an average of 90 people to each one last year.

“Like all 3D sessions, the preview is free and open to anyone with an interest in learning, whether they prefer armchair travel or the ‘passport’ variety,” Beason said.

Home to rose-hued Marrakesh, fabled Casablanca, lively Fez with its massive medina, or old quarter, and the awe-inspiring dunes of the Sahara Desert. Morocco has become both a safe and popular tourist destination, said Steve Hart of Hart Travel Partners, who has previously organized 3D trips to Spain, Croatia, Cuba, Sicily and, last year, to five of the world’s great cities: Budapest, Bratislava, Salzburg, Vienna and Prague.

“I recently returned from Morocco, where I had the pleasure of traveling around several cities and desert towns and was reminded how truly magical this country is,” Hart said. “Morocco sometimes can be an overlooked destination, but it offers so many one-of-a-kind opportunities to explore cities, the mountains and the desert.  For starters, it’s easy to get to from the United States, no longer than flying to many European destinations.”

Morocco is the first African nation and first predominantly Muslim country featured in the 3D series, noted Myall, who helped launch the program in 2010. She sees the Morocco trip as an opportunity to learn about a destination many Americans know little about.

“In today’s world, where people tend to be suspicious of each other, this offers a very safe way to extend ourselves and learn about a different part of the world. The U.S. State Department rates travel to Morocco as safer than France or Germany,” Myall said. “Through the trip and also the lectures we can experience a beautiful and historically significant country and learn about its people in a non-threatening way.”

A  Dutch-treat lunch featuring Moroccan food and other choices will be available at Pitts Dining Hall following all of the sessions. Guests should park at Sunny Gables Alumni House for shuttle transport.