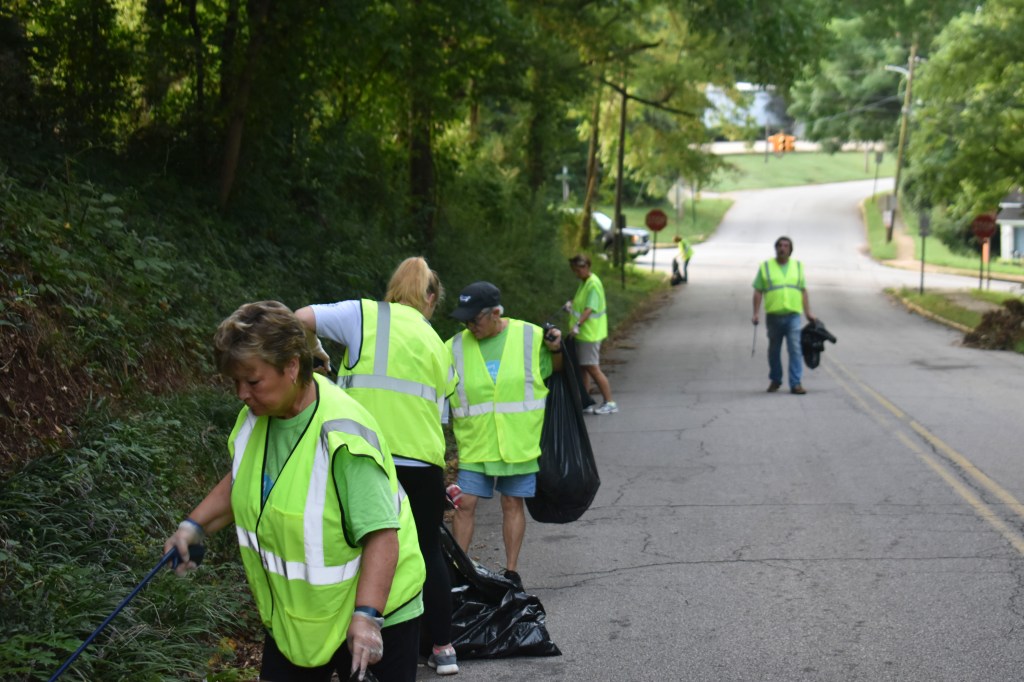 The public is invited to join the City of LaGrange and the U.S. Army Corps of Engineers for a litter clean-up event on West Point Lake on Saturday from 8:30 a.m. to 1 p.m.

If you would like to join the City of LaGrange the group will be meeting at McGhee Bridge Park off of Old Roanoke Road at 8:30 a.m. A free lunch from Wendy’s will be served at 11:30 a.m.

On this weekend, registered groups and families can camp for free.

City employees and the public are invited to participate in this event to help in leaving LaGrange better than we found it.

City Manager Meg Kelsey wanted to send a message to the community that the City of LaGrange is serious about cleaning up litter and rolled out the city’s campaign, “Leaving LaGrange Better Than We Found It.”

The City of LaGrange closed non-essential business the morning of April 20, and more than 400 employees picked up trash throughout the community.

In June, the group started at Berta Weathersbee Elementary and picked up trash along Forrest Avenue to the Callaway Clock Tower.

In August, city employees and volunteers picked up trash along Ridley Avenue starting in front of City Hall.

If you would like to have a litter clean up in your neighborhood, contact Scott Landa with Keep Troup Beautiful. For more information go to Keeptroupbeautiful.com or call (706) 884-9922.