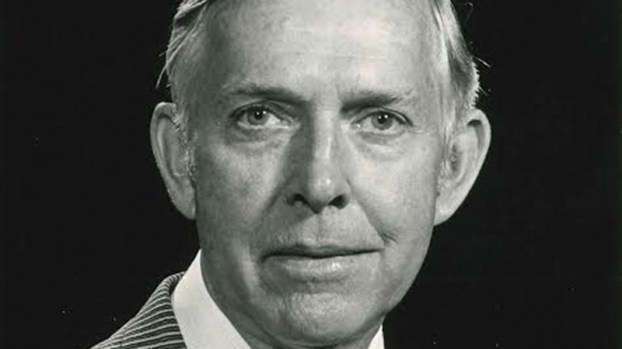 A defining member of the “Greatest Generation,” Harold Darden, Associate State 4-H leader Emeritus, and University of Georgia associate professor Emeritus, peacefully slipped the bonds of earth to touch the face of God on Sept. 18,2018. He was 98 years old.

He was born in Troup County, Georgia, Sept. 6, 1920, to Mary Emma Williams and Charles Ridley Darden.  He served his country with the 345th Infantry – “Golden Acorn” Division of the 3rd Army under General Patton and was awarded two bronze stars in the battles of the Rhineland and Central Europe. Following his military service, he returned to Georgia and continued his education, receiving a bachelor of science in agriculture from Auburn University and a master of education from the University of Georgia.

Mr. Darden joined the University of Georgia Cooperative Extension Service in 1947 as Assistant County Agent in Dekalb County. In 1955, after two years of service in Carroll County as county agent, he transferred to the 4-H Staff in Athens as associate state 4-H Leader. He spent his first three summers at Rock Eagle, where he was instrumental in developing a 4-H camping program that is still in use today. Rock Eagle counselors named him “Honorary Counselor” in 1970. He helped develop a volunteer leader training program that became a model for other states, initiated the 4-H Community Pride program and the 4-H Communications Short Course.  He served on several national and state committees and received numerous citations and awards, including the “Georgia Lifetime Achievement Award” and induction into the “National 4-H Hall of Fame.”

Upon his retirement from the University, he accepted the position of executive secretary of the A.T. Brightwell School, a private foundation dedicated to providing college scholarships for the children of Maxeys, Georgia.  During his 30-year tenure, the foundation provided more than 1.5 million to 163 students.

His loving wife of 49 years, Frances Pike, preceded him in death, as did his parents, six sisters, five brothers, son-in-law, grandson and grandson-in-law. His memory will be cherished by his two daughters, Mimi and Cindy Darden; grandchildren, Lecia Dillard and Angela Benton; four great grandchildren, numerous nieces and nephews and a host of friends.

A service will be held at Lord and Stephens Funeral Home, Eastside on Sunday, Sept. 30, 2018, at 2 p.m. with the family receiving friends following service. A private burial of his ashes will be in Troup County, Georgia, at a later date.

The family wishes to thank all the healthcare professionals who lovingly cared for Mr. Darden during the last several months.

Lord & Stephens East is in charge of arrangements. www.lordandstephens.com

Mr. Hose Antonio Strong, formerly of LaGrange passed away Thursday in Brooklyn, New York.  The family will be at the... read more