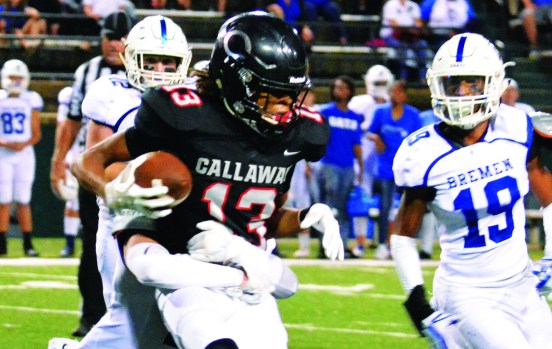 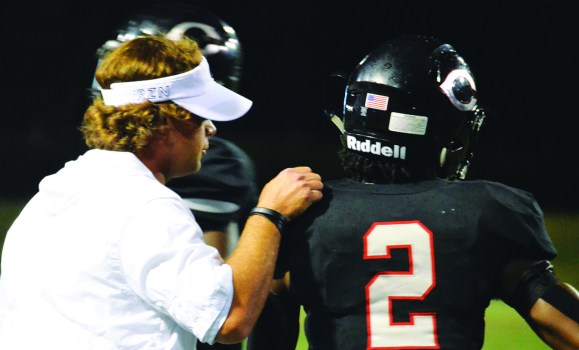 Following a statement win over Bremen, the Callaway Cavaliers will look to keep the momentum going this week.

Callaway, which beat previously unbeaten Bremen 37-25, will be on the road against Lamar County on Friday.

Callaway (5-1 overall) is 2-0 in Region 5-AA following the impressive win over Bremen, which came into the game at 4-0 and ranked as high as second in the state in one poll.

Also this week, the LaGrange Grangers will face one of the state’s top teams when it visits Cartersville in a Region 5-AAAA showdown on Friday night.

Cartersville (6-0 overall) blew out Central-Carroll 45-10 last week to improve to 2-0 in the region.

Lafayette Christian School (3-3), which fell to Sherwood Christian on homecoming night last week, is also taking the week off.

Callaway took a big step toward a possible region championship with the home win over Bremen.

Callaway junior running back Cartavious “Tank” Bigsby had a memorable night, running for 309 yards on 19 carries with three long touchdown runs, including two that went for 80 yards.

Qua Hines added 71 yards on nine attempts, and quarterback Jacob Freeman had nine carries for 57 yards, and he completed 4-of-5 passes for 87 yards with a touchdown to Markus Morman.

“Both Tank and Qua, they run physical, and again it’s game where I felt like our offensive line leaned on their defense, and the two backs were running hard,” Callaway head coach Pete Wiggins said. “That put us in a good situation.”

Wiggins added that “I thought Jacob did a great job running the offense.”

On defense, Tely Fanning led the way with 13 tackles, including six for loss with a sack.

Troup will take a break this week after its one-sided win over Sandy Creek.

Troup led 35-7 in the fourth quarter before Sandy Creek scored a couple of late touchdowns.

Troup, one of the state’s top passing teams, got it done on the ground against Sandy Creek.

Junior quarterback Kobe Hudson had an extraordinary night, running for 251 yards on 17 attempts with a touchdown.

Hudson also threw for 136 yards with a pair of touchdowns.

Troup and Lafayette Christian are off