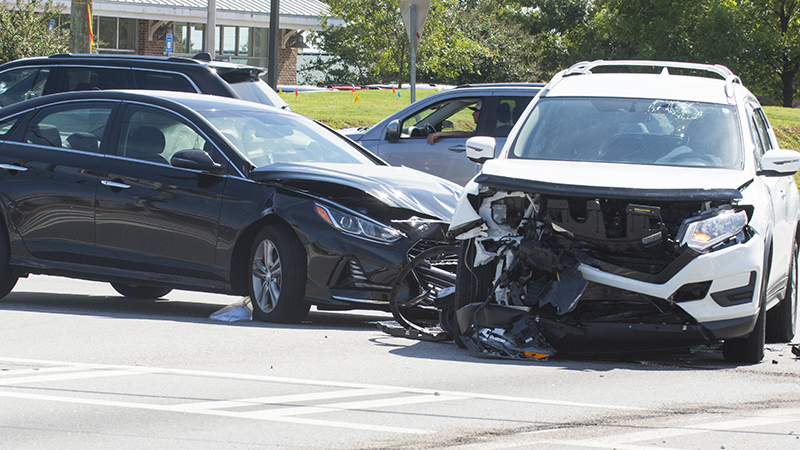 An apparent head-on collision Monday at the intersection of Lafayette Parkway and South Davis Road resulted in one woman being airlifted to a Columbus area hospital.

The driver of a white Nissan Rogue failed to yield for oncoming traffic while attempting to turn left onto South Davis Road, according to officer Phoungeune Phommaly with the LaGrange Police Department. A 53-year-old woman was the driver of the vehicle and suffered a head injury, according to Phommaly. She was airlifted.

The Nissan Rogue collided with a black Hyundai Sonata driven by a 43-year-old woman. There was only one person in each vehicle.

The driver of the Nissan Rogue was taken to WellStar West Georgia Medical Center.

Traffic was briefly slowed at the intersection, one of the busiest in town, but LaGrange Police Department officers guided traffic through the scene. The accident occurred after 1 p.m., and the scene was cleared just after 2:30 p.m.