Fun on the lake: About 800 attend Special Day for Special People 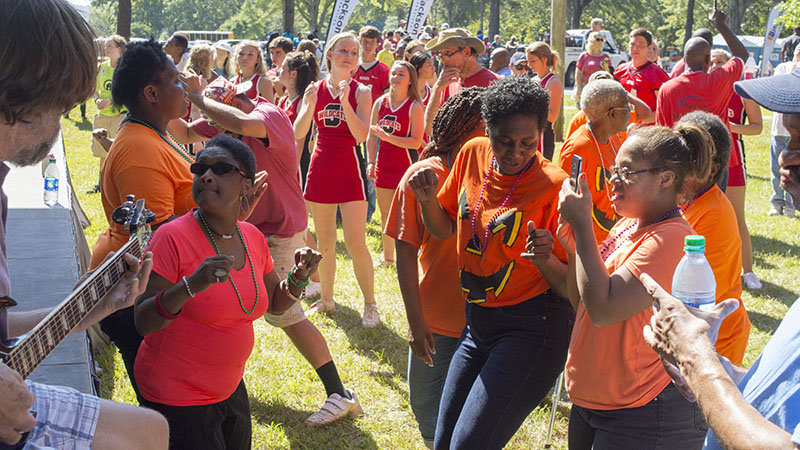 The event brings together the community for a fun day of activities on and around the lake and included mental or physically challenged people of all ages.

“We have groups come from all over. I know in the past we’ve had groups come as far as a four hour drive to get here,” said David Barr, U.S. Army Corps of Engineers park ranger. “What makes this event unique is its safe, its level, it’s very organized. A lot of these adult daycare businesses, this is the only event they go to each year.”

Barr said the event started in 1977 when the corps wanted to do something to give back to the community. It’s always held the first Thursday in October, and he said it’s only possible because of the many sponsors that give back.

Publix Supermarkets is the corporate sponsor of the event and provided all of the food. The City of LaGrange provided a stage, the Wild Animal Safari in Pine Mountain had a petting zoo available and Highland Marina and Southern Harbor Marina provided pontoon boats.

“It makes them feel really special. They look forward to it,” Kuck said. “They can be themselves, and they are with friends. They are dancing, loving the music, they ate and they get to get what they want to drink. They really enjoy it.”