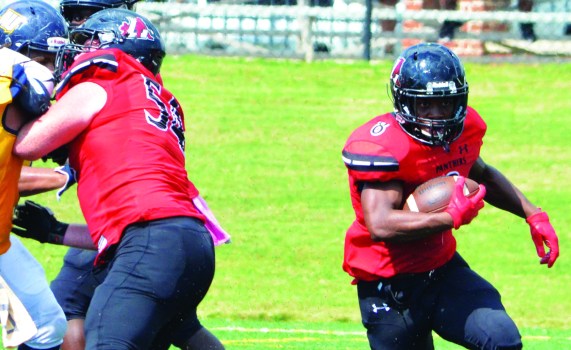 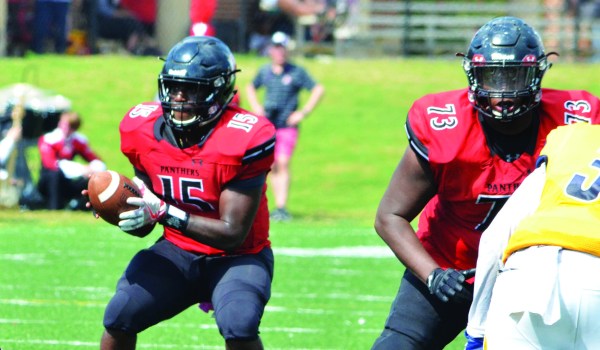 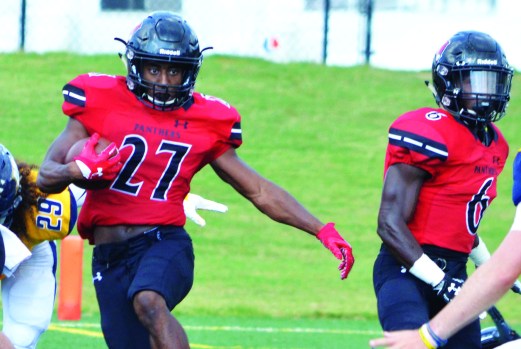 It was a tough day for the LaGrange College Panthers, who fell to visiting Averett 38-14 on Saturday afternoon at Callaway Stadium.

LaGrange College had a 7-3 lead in the first quarter, but Averett ripped off 35 consecutive points to put the game away.

When the Panthers scored with two seconds left in the game, they were down 38-7.

Freshman quarterback Cam Perkins had his best passing effort of the season, completing 15-of-21 passes for 145 yards, but he threw two interceptions.

Alex Scott was also efficient, completing 8-of-10 passes for 102 yards, and Caleb Speir threw a 21-yard scoring pass at the end of the game.

Scott led the rushing attack with 53 yards on eight attempts, Brendon Scott had six carries for 42 yards, and Drew Lewiski had a 13-yard scoring run.

Nick Searcy led the defense with 10 tackles, and Tre’Mon More had seven tackles.

After Averett took a 3-0 lead, LaGrange College went 69 yards in nine plays, with Lewiski capping the scoring drive with a 13-yard touchdown run.

Bradley Jefferson returned the ensuing kickoff 91 yards to set up a touchdown, and Averett didn’t look back.

LaGrange College (1-4 overall, 0-2 in USA south) will look for their its first conference win when it visits Greensboro on Saturday.