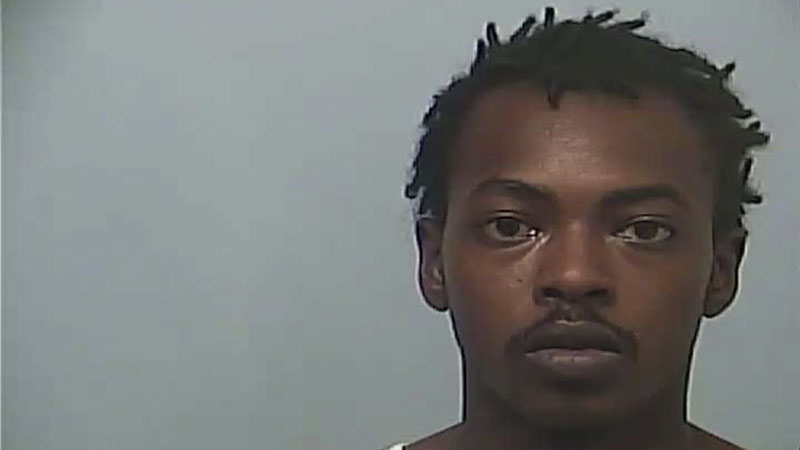 WEST POINT — After a months-long investigation, West Point police have arrested a Lanett man for attempting to rob and subsequently kidnap two adults and a child in 2017.

All charges stem from an incident that happened Dec. 10, 2017, according to West Point Police Captain Robert Fawley. Fawley said that Harris and Octavious Bridges, one of the three West Point men arrested in June for his alleged involvement in a separate homicide, attempted to rob a home in Lanett.

The home, Fawley said, was occupied by an adult man, woman and a minor. Fawley said that Harris shot the man in the “abdomen area” before the three victims were taken into a vehicle and forced to withdraw money from three ATMs in West Point.

“They were forced into a vehicle, brought over to West Point and were taken to three different locations to draw money out of ATMs,” Fawley said. “When they were out on [Highway] 18, the victim who had been shot in Lanett jumped out of the car and the suspect went back to Alabama with the female and child.”

The male victim with the gunshot wound was located by police after jumping out of the moving vehicle. The woman and minor were later helped by law enforcement officers in the parking lot of Kroger in Lanett after having escaped from the vehicle when Harris and Bridges stopped it for an unknown reason.

When police ensured the well-being of the victims, they interviewed them and started the investigation. Bridges was apprehended in June and charged with the kidnapping, robbery and assault charges but Fawley said he did not give information leading to Harris. Harris was arrested Tuesday when police gathered enough information to charge him for the crimes.

“We were following up on leads with the victims and other evidence which established him as a suspect, as well as probable cause to charge him in the incident,” Fawley said.

Fawley said that the two suspects were affiliated with a gang called Lot Boys, who police believe is associated with the widely-known Gangster Disciples.

Bond was denied for all of Harris’ charges besides the three for possession of firearm or knife during certain felonies, which has been set at $10,000 each.