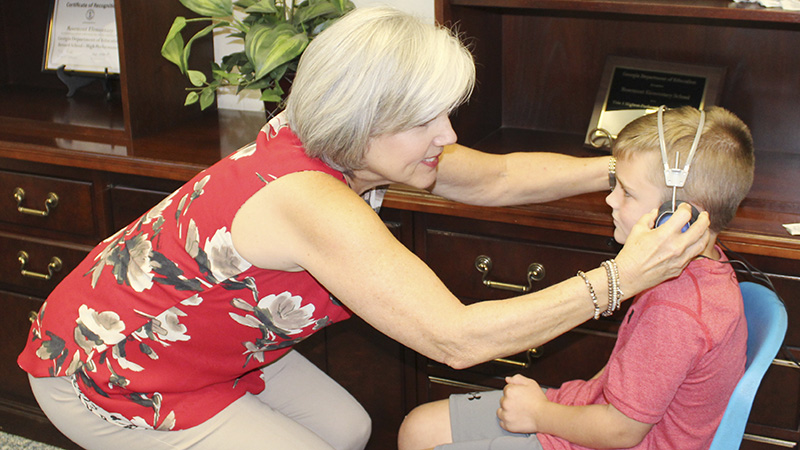 Recently, all Troup County School System (TCSS) second grade students geared up for free vision and hearing screenings sponsored by the local Lions Club. According to the organization, 80 percent of all visual impairment can be prevented or cured. The first step to prevention is awareness and the second step is early detection through screenings.

Lions Club Secretary Jane Hollis said the partnership with the school system is consistent with awareness and detection.

“It is important to screen children at an early age to catch any possible problems,” Hollis said. “If a child does not see or hear well, it impacts their ability to learn in the classroom.”

Hollis points to the challenge given to the Lions Club in 1925 by Helen Keller. Keller envisioned the organization becoming the ‘knights of the blind’ and she inspired Lions to commit to ending preventable blindness and serving the visually impaired. Today, the Lions Club works to save sight for millions of people around the world through vision screenings and eyeglass recycling centers.

Parents will be notified of any vision or hearing issue that may have been noted during the screenings so they can follow up with their family physicians.

No serious issues from hurricane