Annual Stories in the Garden a success 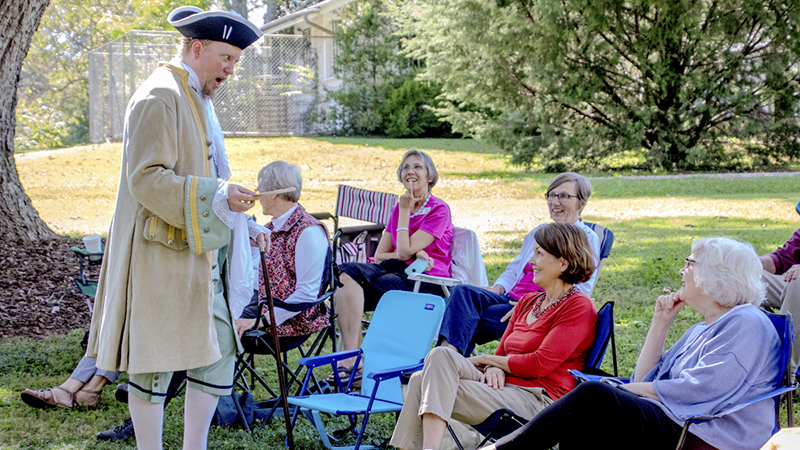 Dressed in the attire of a Revolutionary era planter, highly acclaimed storyteller Tim Lowry of Summerville, South Carolina, entertained a large crowd Sunday afternoon in the pecan grove of the Hills & Dales Estate. Not only did the audience get a history lesson about Charleston, Lowry slipped into the colorful lexicon of Gullah for stories of the culture.

“Tim is a time traveler who takes us with him wherever he chooses to go — and we are delighted to go along for the ride,” one guest described the lighthearted storyteller.

Local LaGrange teller, Connie Askew, also delighted the audience with her singing and telling of Brer Rabbit’s trip to the garden.  She, too, had the audience laughing. Mary Ann Keck, Azalea Committee member, emceed the event that featured the Dulcimer Troupers performing before the storytelling and during intermission.

The event was free to the public and was co-sponsored by the Hills & Dales Estate and the Azalea Storytelling Committee of LSPA (Lafayette Society for Performing Arts).  Next year’s eighth Annual Stories in the Garden will feature Andy Offutt Irwin, Oct. 13, 2019.

Tim Lowry will return to LaGrange for the 23rd Annual Azalea Storytelling Festival from March 1-3 of next year and will be on stage at the Callaway Auditorium with Donald Davis, Ed Stivender and newcomer Josh Goforth.