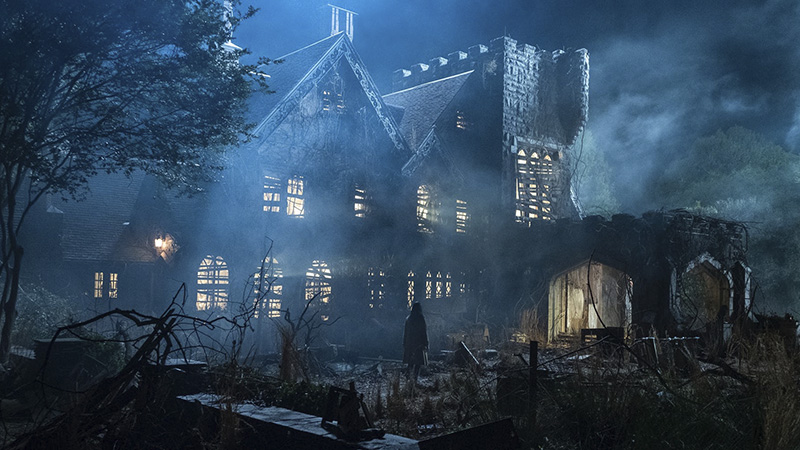 LaGrange’s Bisham Manor is a prominently featured location on the new Netflix original series “The Haunting at Hill House.”--Netflix Photo

Last October, locals lined up for the chance to serve as extras during the filming of The Haunting at Hill House. Now, the show is on Netflix and is already receiving national acclaim.

The Netflix original series was filmed around the state of Georgia and included several LaGrange locations. Most notably, Bisham Manor, a 1920s English Tudor-style mansion on Old Youngs Mill Road, was used as the namesake of the series. The location was chosen due to the style of home and a recommendation from the LaGrange-Troup County Chamber of Commerce.

“[The filming representative] wanted to know about a castle-like structure or home, and I recommended Bisham Manor in LaGrange,” said Brittany Simmons, the visitor center manager for the LaGrange-Troup County Chamber of Commerce’s West Point location.

Simmons said that the series is an early success for the area in terms of filming.

Hunter-Allen Myhand Funeral Home on Hill Street was also featured in the series.

The Haunting at Hill House is a modern adaptation of a horror novel by Shirley Jackson and features 10 episodes, which are around an hour each.

“I’m excited about the release of this new series that was filmed in LaGrange,” said LaGrange Mayor Jim Thornton. “Georgia is rapidly becoming a leader in the film industry, and I hope to see more filming happening in our community. We have a diversity of venues that would be great for video.”

The series is about five siblings who grew up in the most famous haunted house in America, who are reunited as adults by the suicide of their youngest sister. The reunion forces them to face the ghosts of their past in their minds and inside Hill House. The series is currently streaming on Netflix.

Craft beer and music festival to be held Saturday