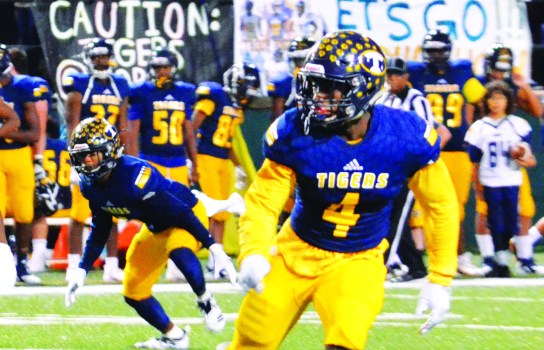 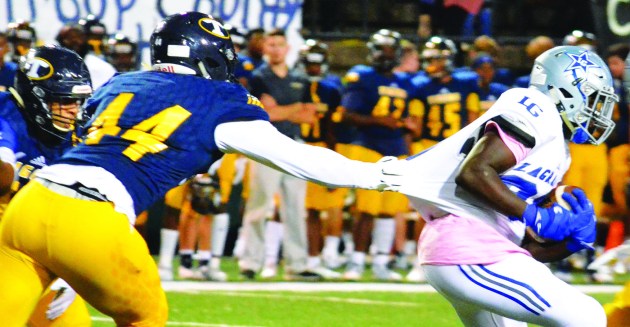 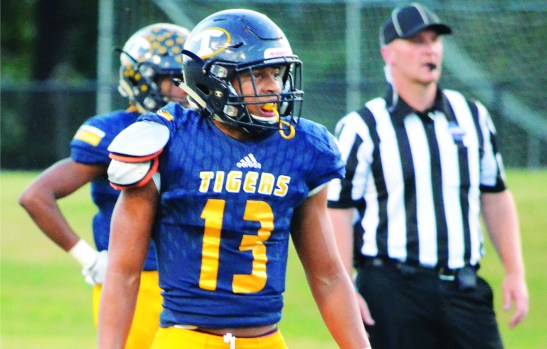 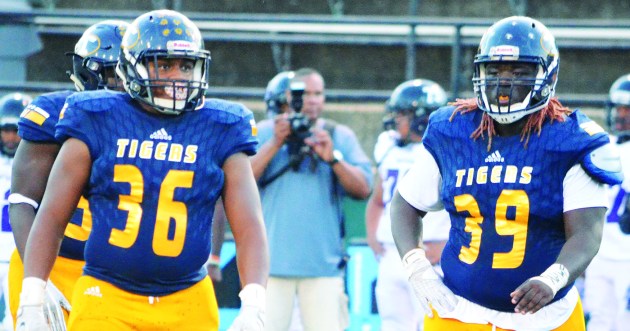 The Cedartown Bulldogs will bring a formidable offense to Callaway Stadium for today’s showdown with the Troup Tigers.

Fortunately for Troup, it has a defense that has been up to the challenge this season.

The Tigers (7-0 overall, 3-0 in Region 5-AAAA) are holding opponents to 14 points per game, and a lot of the points they’ve allowed have come in the second half when the starters have left the field.

Troup opened the season with a 32-0 victory over a Ridgeland team that is leading its region, and the defense has continued to excel since then.

In last week’s 35-14 victory over LaGrange, Troup gave up a pair of touchdown passes, but it was another solid showing for the defense.

Senior linebacker King Mwikuta, who plans on signing with Alabama, said he and his teammates want to have the best defense in the state.

“One of the goals besides winning the state championship, we have to be the number one defense in the state,” Mwikuta said. “It’s not easy, but I feel like we can do that.”

A strength of the defense is the ability to get to the quarterback, and the Tigers had six sacks against the Grangers.

Mwikuta had two sacks and seemingly spent the entire game in the LaGrange backfield, and linebacker Devon Hill also had two sacks.

Andy Boykin and Monta Hall, two members of a formidable defensive line, each had one sack.

Kevin Martin, a senior linebacker, led the Tigers with eight solo tackles, and he had three assists.

Boykin was tops among the defensive linemen with four tackles, and Jeremiah Holston had a pair of tackles.

Defensive back Alonzo Ogletree had seven tackles, and Tyree Carlisle had four tackles.

Troup’s defense will try to contain a Cedartown offense with plenty of weapons, including a running back in Tony Mathis who has committed to West Virginia.

“The running back (Mathis) is such a hard runner,” Troup head coach Tanner Glisson said. “He’s hard to bring down. So we’re just going to have to play really well, and let it all hang out. It’s going to be really tough. We just have to be ready to play.”

If Troup wins today, it will finish no lower than second in the region, meaning it will be at home for the first round of the Class AAAA state playoffs.

A win today would set up a region-championship showdown at Cartersville on Nov. 2 following next week’s game at Central-Carroll.