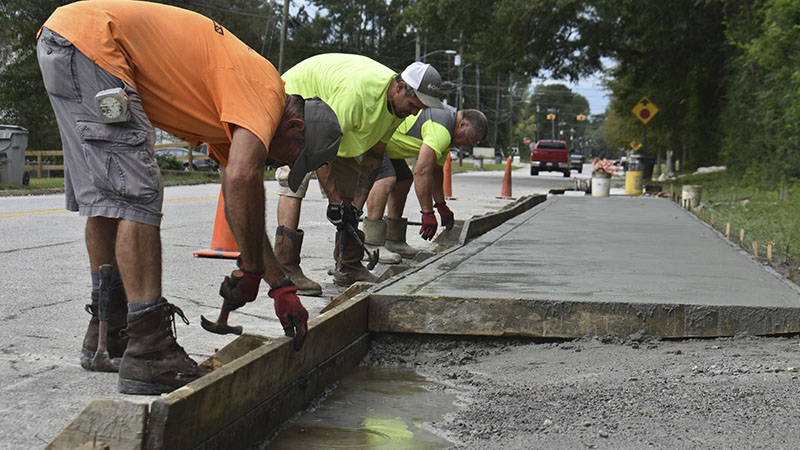 Crews are shown constructing a sidewalk on Ragland Street. --Contributed

Residents are advised to use caution around Colquitt and Ragland Streets for the next few weeks.

According to a press release from the city of LaGrange, work crews will be constructing sidewalks on Colquitt and Ragland Streets. The new sidewalks will connect the second segment of The Thread to the Greenwich, Tamarack and Tucker Cottage communities.

“The Thread is an example of a partnership between the city and Friends of The Thread as well as community partners to create an amenity that will improve the city’s walkability and enhance the quality of life for all,” said Public Services Director Dion Senn. “The current project to add sidewalks on Colquitt and Ragland Streets will connect various neighborhoods to The Thread and each other.”

The project began with the addition of curbs to the roadways. The sidewalks are expected to be completed in the next three weeks.