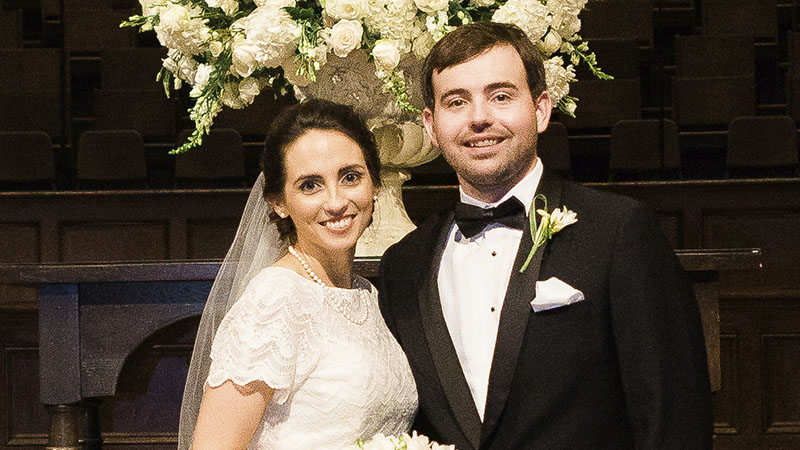 Claire Leone Acree and Malcolm David Roebuck were married at 5:30 p.m. on July 21 at Briarwood Presbyterian Church in Birmingham, Alabama.

Officiating minister at the ceremony was Dr. Harry Lloyd Reeder III. Scripture reader was the Rev. Curtis Jonathan Shields, brother-in-law of the bride.

The bride is the daughter of Mr. and Mrs. Marc Edward Acree of LaGrange. Her grandparents are the late Mr. and Mrs. Benton Mills Lee and the late Rev. and Mrs. Allen Troy Acree.

The groom is the son of Dr. and Mrs. Malcolm Everett Roebuck Jr. of Montgomery, Alabama.

Given in marriage by her parents and escorted by her father, the bride was attended by bridesmaids, Mrs. Esta Acree Busby and Mrs. Marisa Acree Shields, sisters of the bride, and Miss Rebekah Claire Roebuck, sister of the groom.

The ringbearer was Master Rishi Gopal.

Following the ceremony, the parents of the bride hosted a reception at Avon Theater in Birmingham.

The couple resides in Birmingham, Alabama.

Troup County marriage licenses for the month of July