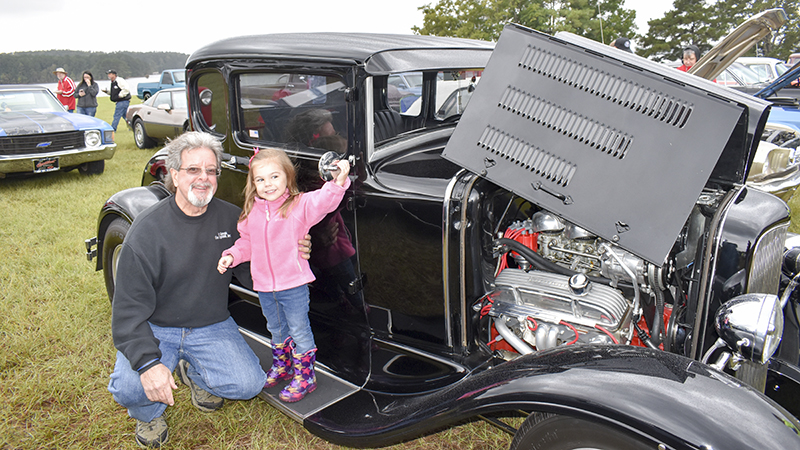 Dennis Stanford and Sydney Vaughn pose for a picture with a 1930 Ford A Model. The car won best in show.(Alicia B. Hill | LaGrange Daily News)

The Troup County Sheriff’s Office hosted its ninth annual car show on Saturday, and despite a light drizzle during the morning, people still attended to help raise money for Pineland Youth Home.

“Considering the weather, we’ve had a great turnout. It is just something you enjoy, especially if you are a car enthusiast,” said Judy Pruitt, an event coordinator. “That is why we do it because we each have a classic car. We enjoy putting it on because we like to have a location that everybody can come to, and we have plenty of space.”

The car show typically features entries from all over the county, and Sheriff James Woodruff said that he was thankful for the people who came out despite the unexpected rain.

Even with the lower than usual turnout, the event was able to raise money for the youth home thanks to vendors at the event.

“We’ve had 12 paid vendors, and I think that is awesome,” said Barbara Waldrop, an event organizer.

“Even with 60 cars, today is better than anyone could have expected, I think with the weather.”

The money raised by the event is for Georgia Sheriffs’ Pineland Youth Home, and those who work with the program said that the car show makes a difference for the boys at the youth program as well as the boys who attend Camp Pioneer.

“It helps with the activities and a lot of the things that we do at the home — not just for the boys who live there, but summer camp,” said Wayne Pittman, the director of Pineland.

“You have thousands of kids come through there, so it helps support Pineland and Camp Pioneer.”

Last year, the funds raised by the car show were used to restock the fishing pond at Camp Pioneer. This year, Woodruff said he hopes to continue improvements to the pond.

“We are thinking about maybe working on the lake some more,” Woodruff said. “Last year we restocked our lakes out there for our kids and other kids to come and fish. We’ve got a little more work to do out there, so I think that is going to be our first priority.”

This year’s winners were:

To learn more about Georgia Sheriffs’ Pineland Youth Home or how you can help, visit Georgiasheriffsyouth.org/locations/pineland-camp-pioneer. 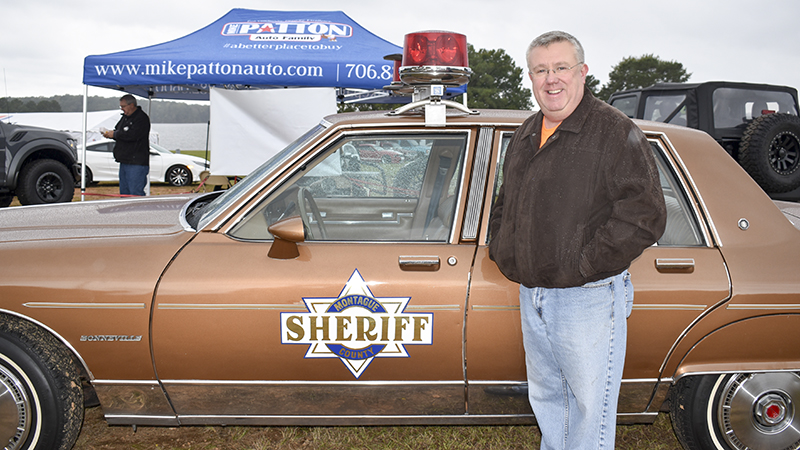