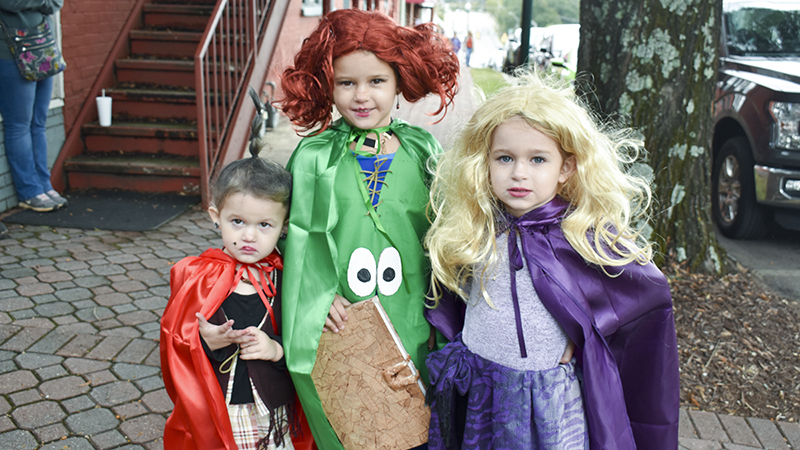 The 28th annual Chili Cook Off and Downtown Trick-or-Treat gave attendees the chance to compare chili entries from a dozen local groups, who were all raising money for a variety of causes ranging from church ministries to Harmony House to U.S. Veterans. 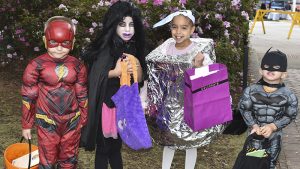 “All of the chili teams select a cause that they want to contribute their earnings to, so we’ve got a good variety of causes throughout Troup County,” Watts said.

The winners of the 28th annual Chili Cook Off were:

Both returning participants and first time entrants said they had fun at the competition. All teams received a portion of the proceeds after event expenses were covered, according to a press release. 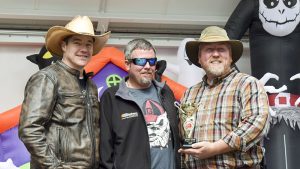 However, for many of the contestants, raising awareness for the cause they supported was even more important than the competition itself.

“The cause that we are going to donate to is breast cancer awareness, and we are in October [which is Breast Cancer Awareness Month],” said Lance Poole, the owner of Brickhouse Grille. “I felt like it would be a good time to give back. We’re not here to win. We’re just here to really promote that charity.”

Poole said that Brickhouse Grille participated in the competition when it first opened, and decided to join this year’s event after talking to Watts and the DLDA.

The event also proved to be a great opportunity to socialize with friends and customers outside of the business environment.

“It seems like we’ve done well,” said Jeff McGuffin, who made the chili for CharterBank. “Our line has been long the whole time, so that’s a good thing. It is just good fun seeing people who you don’t see every day. That is always fun, and it is for a good cause.” 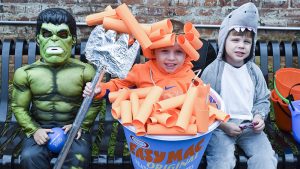 As the cook-off neared its conclusion, downtown only got busier, as children prepared their bags and buckets to trick-or-treat at downtown businesses and among the tents at Flagpole Park.

“Being a business in the community, I love giving back, and I love being a part of the community and doing what I can,” said Andrew Oleson, owner of Frios. “When the downtown development authority asked all the businesses if they would be interested in participating, it was a no brainer. I love doing events, and this is just another way for me to talk to people and see people and pass out candy.”

“I think it is just fun to see everyone come out, all ages, all walks of life here,” Watts said. “It is a fun event for everyone young and old.”

Several downtown business owners reported seeing an above average number of visitors at their shops during the cook-off, and others said they just enjoyed interacting with the community in a different way than they would on a daily basis. 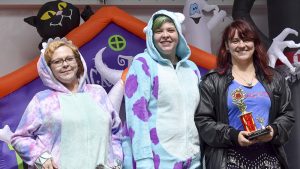 “We like supporting community projects, outreach and just getting involved,” said Sharon Geter, who was giving out candy with Matt Orr’s State Farm office. “We see a lot of people who we don’t normally get to see, and hopefully, they’ll remember us if they need something.”

The event also gave newer businesses a chance to get to know the community a little better.

“Just to provide a service to the community, to see kids coming out safely, being able to grab candy and dress up, parents being able to spend time with their kids and also being able to offer coffee on this chilly day along with the chili-cook off that is going on [has been great],” said Randall Williams, the general manager at the Courtyard by Marriott in LaGrange. “It has been a great day. I wish the sun could have been out, but it has been a good day.”