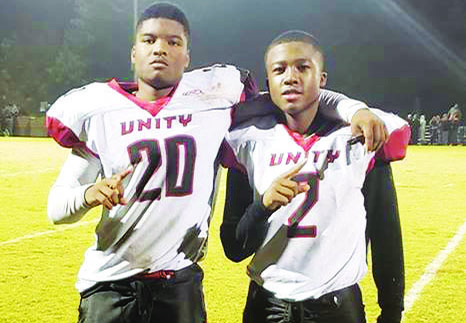 The Unity Prep Academy Rams handled Lanier Academy 28-13 last week to even their record at 5-5 and set up a critical showdown with Griffin Christian.

If Unity Prep Academy wins at Griffin Christian on Friday, it will capture a region championship and will be at home for the first round of the Georgia Independent Christian Athletic Association Class AA state playoffs.

Junior Tra Martin led the Rams in last week’s game with 115 rushing yards on 13 attempts, and he also threw for 61 yards.

Martin had a 61-yard touchdown run, and he threw scoring passes of 21 yards to Darius Copeland and 18 yards to Kee Robertson.