WEST POINT – An arrest warrant has been issued for a man allegedly involved in a shooting Tuesday morning in West Point, according to West Point Police Department Captain Robert Fawley.

The warrant charges Antrevious Watkins with aggravated assault, possession of a firearm during the commission of a felony, aggravated stalking and criminal damage to property.

Police say all of the charges are felonies and could carry a sentence of 10 to 20 years for each charge.

Watkins has not been arrested and the police were still actively searching for him as of Thursday afternoon. He is described as a black male in his mid-20s, between five-foot, 10-inches and six-feet tall, weighing between 185 and 205 pounds. 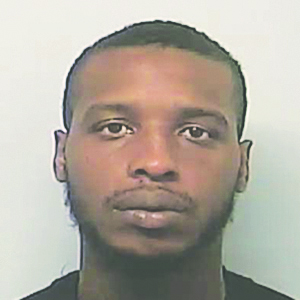 Fawley said Watkins is from the LaGrange, West Point or Lanett area, but did not have an address.

At about 9:26 a.m. Tuesday, police were made aware of the shooting and were initially told one person was shot. Fawley said witnesses reported the suspect got into a silver four-door vehicle, leaving the scene.

Sgt. Jason Perez responded to the incident and stopped a silver four-door vehicle with three individuals who were detained.

At the same time, another silver vehicle with rear passenger window damage was stopped as well and the driver was detained.

Fawley said officers then went to 1405 W. 14th St. to check for victims, but found nobody injured. The investigation further found that Watkins allegedly arrived to confront a female that he had an “on again, off again” relationship with. During a dispute, Watkins pulled a firearm and fired a series of shots at two men, striking their vehicles. Watkins then left the scene.

Authorities said Watkins has recently spent time in jail on misdemeanor stalking charges and is currently out on bond.

The charges stemming from Tuesday’s incident involved the same woman as the misdemeanor charge, Fawley said.

Anybody who knows of the whereabouts of Watkins or has further information is encouraged to call the police department at (706) 645-3525.