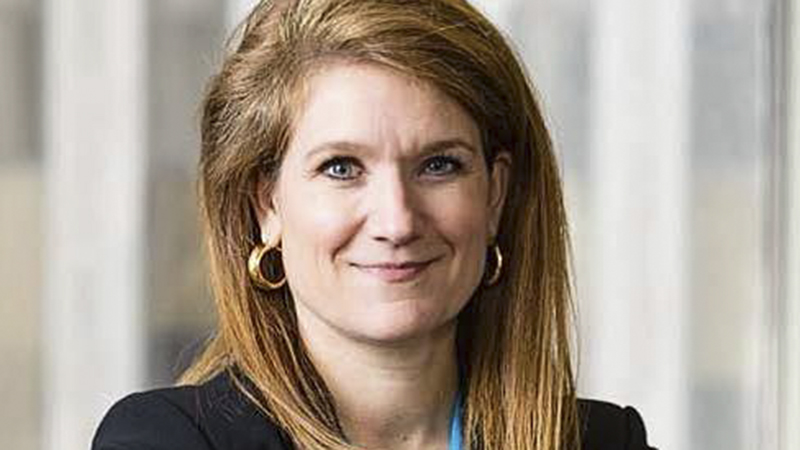 ATLANTA – Atlanta-based SunTrust Banks, Inc. has named a LaGrange native as its next chief risk officer. It was announced Thursday that current chief risk officer Jerome Lienhard will retire from the position at the end of the year, at which time he will be replaced by Ellen Cleaveland Koebler.

“Ellen Koebler brings a strong combination of strategy, execution and leadership to the role with both risk management and business line experience,” current SunTrust CEO Bill Rogers said in a press release.

Koebler is a LaGrange High School graduate whose family has called LaGrange home for four generations. She is the daughter of Anna and Jerry Cleaveland, a local State Farm agent who keeps an office on West Broome Street.

Upon graduation from LHS, Koebler attended Vanderbilt University, where she received a degree in chemical engineering. After years working in the chemical engineering field, she attended the Kellogg Graduate School of Management at Northwestern University, which is routinely ranked as one of the premiere graduate programs in the country by US News and World Report, and received her MBA. She also holds a Chartered Financial Analyst (CFA) designation.

Koebler credits the education she received in LaGrange as the genesis of her professional career.

“I would attribute LaGrange High as the foundation of my leadership learning,” Koebler said. “The educational foundation that I got there directed the rest of my career. Teachers who I had there were the reason I went into chemical engineering. Even to this day I can reel off some of the teachers who made an impact on me.”

Koebler referenced her calculus teacher Mr. Hayes, as well as Mr. and Mrs. Guy, who taught her physics and Latin, respectively, as significantly impactful teachers in her high school career.

She also mentioned how the city of LaGrange ingrained in her the virtue of hard work, which has helped propel her throughout her career.

“Growing up in LaGrange, I feel really lucky to have had the opportunity to experience all the city has to offer,” Koebler said. “Looking back, I really left LaGrange with a true sense of hard work and small-town values.”

Moving into the role of chief risk officer with SunTrust, Koebler will oversee credit, market, operational, compliance and technology risk, as well as the risk review assurance function and portfolio risk analytics and modeling.

“As a part of my new job, a part of that will be to make sure we continue to fulfill people’s and businesses needs around whatever it is they are trying to achieve,” Koebler said. “As chief risk officer, not only will I support the business in doing that, but also will ensure we are doing that in a safe and sound manner.”

SunTrust Banks was founded in 1891 and now sits as Georgia’s ninth-largest public company overall, just behind the likes of The Home Depot, UPS, Delta Air Lines and The Coca-Cola Company. The financial planning and advisory firm reported more than $211 billion in assets under management as of Sept. 30, 2018.